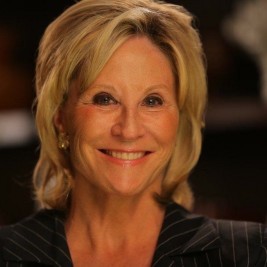 If your goal is to hire Donna de Varona to be your next keynote speaker or to be the next brand ambassador our celebrity speakers bureau can assist. If Donna de Varona’s booking fee is outside your companies budget or your unable to align with his appearance availability, our booking agents can provide you a list of talent that aligns with your event theme, budget and event date.

She has two brothers, one older and one younger and a younger sister Joanna, an actress who starred in the TV show Growing Pains. Her goal in life was to swim. At the age of 13 she was the youngest member of the U.S. Olympic Swim Team that competed in the 1960 games in Rome, Italy. Four years later, in 1964, at the Tokyo Olympics she won two gold medals in the 400-meter individual medley and in the 4 x 100 freestyle relay. By the time she was 17 she had broken 18 world records in swimming! In 1964 the Associated Press and United Press International named her Female Athlete of the Year. She is the world record-holder in the 400 Individual Medley, the 100 backstroke and relays. Donna is one of the greatest swimmers of her generation.

In 1965, at the age of 17 Donna de Varona was the first female network sportscaster at under contract ABC. Donna was inducted into the International Swimming Hall of Fame, US Olympic Hall of Fame, Bay Area Hall of Fame, San Jose Hall of Fame, and Woman's Hall Of Fame. In 1968 she became the first woman to do television commentary at the Olympics. In 1991 she received an EMMY for her work during the Special Olympics.

Donna helped found the Women's Sports Foundation in 1974. The Women's Sports Foundation is a charitable educational organization dedicated to ensuring equal access to participation and leadership opportunities for all girls and women in sports and fitness. Donna is a member of the President's Commission on Olympic Sports and she even served as chairman of the 1999 Women's World Cup Soccer Tournament Organizing Committee, the most successful women's sporting event in history.