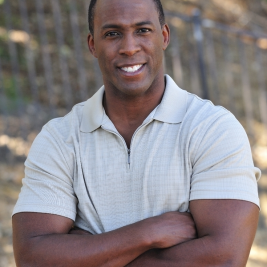 Businesses, Non-profit organizations, event planners and companies across the country have worked closely with our booking agents to hire Ron Pitts for a speaking engagements, guest appearances, product endorsements and corporate events. Many of those same clients have continued to turn to our speakers bureau as we can easily align Ron Pitts’s availability with their upcoming seminar, gala, annual conference, corporate function, and grand opening. Our close relationship with Ron Pitts’s booking agent and management team further enables us to provide inquiring clients with Ron Pitts’s speaking fee and appearance cost.

If your goal is to hire Ron Pitts to be your next keynote speaker or to be the next brand ambassador our celebrity speakers bureau can assist. If Ron Pitts’s booking fee is outside your companies budget or your unable to align with his appearance availability, our booking agents can provide you a list of talent that aligns with your event theme, budget and event date.

Ronald Dwayne Pitts is a former professional American football player. He played cornerback for the Buffalo Bills and the Green Bay Packers of the National Football League. He played college football for the University of California, Los Angeles Bruins. Pitts was drafted by the Bills in the seventh round of the 1985 NFL Draft. Since retiring he has worked as a sportscaster and entertainment reporter, and currently works for CBS Sports Network on its college football coverage as a fill-in play-by-play announcer, and as a co-host for the syndicated news magazine OK!TV.

Pitts was drafted in the 7th round in 1985 and had a brief playing career in which he played for the Buffalo Bills and the Green Bay Packers. From 1986 to 1990, Pitts played 66 games at defensive back, starting six times. He had seven career interceptions. One of Pitts's interceptions came off of San Francisco 49ers Hall of Famer Jerry Rice.

Pitts worked for Fox Sports' play-by-play announcers for 18 years doing play-by-play for the NFL on FOX but left after the 2012 season. He also co-hosted Under the Helmet and former Fox Sports Net programs Total Access and Hardcore Football. Earlier in his broadcasting career Pitts worked as a college football analyst for ABC Sports and a correspondent for Black Entertainment Television. In 2014, Pitts joined CBS Sports Network as a play-by-play announcer doing a limited number of games.

Pitts also had a cameo as a sports commentator in the film Hot Shots! Part Deux. He also appears as an alternate version of himself during the "Eggheads" episode of the American TV series Sliders. He is also mentioned in the 1984 Michael Nesmith movie Repo Man, in a college football radio broadcast heard in the background as the robbers bungle their way out of a store and just before the main characters walk in. Pitts' voice was featured as an announcer in Microsoft's NFL Fever, a Football video game for the original Xbox. In 2008, Pitts was hired to host a new show on the Discovery Channel named Destroyed In Seconds. The show features video clips of disasters, accidents, and other destructive events, both natural and man-made.