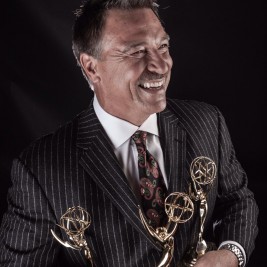 Businesses, Non-profit organizations, event planners and companies across the country have worked closely with our booking agents to hire Mark Malone for a speaking engagements, guest appearances, product endorsements and corporate events. Many of those same clients have continued to turn to our speakers bureau as we can easily align Mark Malone’s availability with their upcoming seminar, gala, annual conference, corporate function, and grand opening. Our close relationship with Mark Malone’s booking agent and management team further enables us to provide inquiring clients with Mark Malone’s speaking fee and appearance cost.

If your goal is to hire Mark Malone to be your next keynote speaker or to be the next brand ambassador our celebrity speakers bureau can assist. If Mark Malone’s booking fee is outside your companies budget or your unable to align with his appearance availability, our booking agents can provide you a list of talent that aligns with your event theme, budget and event date.

Former QB for the Pittsburgh Steelers, Mark Malone was born November 22, 1958 in El Cajon, California. Malone was the nation's most recruited quarterback in 1975 out of El Cajon Valley High School near San Diego, California. He was also recruited by the USOC, as a possible decathlete for the 1980 olympics.

He was a three-year starter at Arizona State University. Malone was named the 1980 Senior Bowl MVP and was chosen by the Pittsburgh Steelers with the 28th pick in the 1980 NFL draft.

After his playing career ended, he became a television sportscaster, working at WPXI in Pittsburgh and ESPN, where he was a host and analyst on the programs NFL Matchup, NFL Live and NFL 2night. He became the sports director at WBBM-TV in Chicago in 2004 until 2008 when his contract was not renewed in an effort to cut costs. Malone then moved to Westwood One as a color commentator for its NFL coverage.