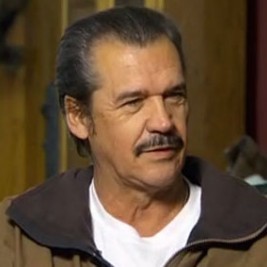 Businesses, Non-profit organizations, event planners and companies across the country have worked closely with our booking agents to hire Ron Guidry for a speaking engagements, guest appearances, product endorsements and corporate events. Many of those same clients have continued to turn to our speakers bureau as we can easily align Ron Guidry’s availability with their upcoming seminar, gala, annual conference, corporate function, and grand opening. Our close relationship with Ron Guidry’s booking agent and management team further enables us to provide inquiring clients with Ron Guidry’s speaking fee and appearance cost.

If your goal is to hire Ron Guidry to be your next keynote speaker or to be the next brand ambassador our celebrity speakers bureau can assist. If Ron Guidry’s booking fee is outside your companies budget or your unable to align with his appearance availability, our booking agents can provide you a list of talent that aligns with your event theme, budget and event date.

In 2006 Guidry was named pitching coach for the Yankees.

Guidry began his career pitching briefly in the 1975 and 1976 seasons. In 1977, he began as a relief pitcher but was moved into the starting rotation. He helped lead the New York Yankees to a World Series championship. He was 2-0, allowing only 5 earned runs in 20 innings pitched in the 1977 ALCS and 1977 World Series combined.

In 1978, he had a career year, one that he would never quite manage to equal. On June 17, he struck out a Yankee record 18 batters in a single game against the California Angels. Guidry's 18 strikeout game ushered in the Yankee Stadium tradition of fans standing and clapping for a strikeout with 2 strikes on the visiting batter. Guidry went 25-3, with 9 shutouts, 248 strikeouts, and a sparkling 1.74 ERA, guaranteeing himself the American League Cy Young Award. Guidry also finished second in American League Most Valuable Player voting to Boston Red Sox slugger Jim Rice. Guidry's 25th win of the regular season was his most significant, as he was the winning pitcher in the Yankees' 5-4 win over the Boston Red Sox in the one-game playoff to decide the AL East division winner. The Yankees again won the World Series over the Los Angeles Dodgers. No American League pitcher posted an ERA this low again until Pedro Martinez in 2000.

Over the next seven seasons he amassed a stellar 113-57 win-loss record. Guidry also won the Gold Glove Award five straight times. However, arm problems that began in 1981 finally began dramatically affecting his performance. He retired from baseball on July 12, 1989, after shoulder surgery did not improve his performance.

Guidry served as co-captain of the Yankees along with Willie Randolph from March 4th, 1986 until July 12, 1989.

His number 49 was retired on 'Ron Guidry Day', August 23, 2003. The Yankees also dedicated a plaque to hang in Monument Park at Yankee Stadium. The plaque calls Guidry "A dominating pitcher and a respected leader" and "A true Yankee." Each living Yankee previously so honored was on hand for the ceremony: Phil Rizzuto, Yogi Berra, Whitey Ford, Reggie Jackson and Don Mattingly.