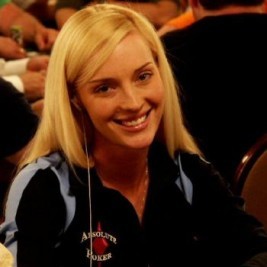 Businesses, Non-profit organizations, event planners and companies across the country have worked closely with our booking agents to hire Lacey Jones for a speaking engagements, guest appearances, product endorsements and corporate events. Many of those same clients have continued to turn to our speakers bureau as we can easily align Lacey Jones’s availability with their upcoming seminar, gala, annual conference, corporate function, and grand opening. Our close relationship with Lacey Jones’s booking agent and management team further enables us to provide inquiring clients with Lacey Jones’s speaking fee and appearance cost.

If your goal is to hire Lacey Jones to be your next keynote speaker or to be the next brand ambassador our celebrity speakers bureau can assist. If Lacey Jones’s booking fee is outside your companies budget or your unable to align with his appearance availability, our booking agents can provide you a list of talent that aligns with your event theme, budget and event date.

When EPSN hired models to add some glamour to a poker tournament in 2005, they were not expecting one of them to be battling it out for the final table.
But Lacey Jones isn’t your typical model.
Having grown up in San Antonio, Texas, she was introduced to cards by her grandmother who taught her how to play Stud. Lacey, who had been modeling from the age of ten, turned down offers of modeling work in Asia to focus on her studies. She worked in a local bar during her time at the University of Arizona, where she completed her BA in Political Science and French, and would regularly hunt down the afterhours home games. Coming up against the guys she had been serving drinks to all night meant she usually left with more than she arrived with.
Lacey’s performance in the ESPN tournament didn’t go unnoticed and soon she was taking lessons and advice from other professionals in order to improve her own game. Her advice for people in a similar position is: “Practice as much as you can, see a lot of hands, read books and follow players you feel are most like the player you want to become. Number one rule: never give up!”
Once again she had caught the eye of those watching and the following year she was centre stage at the WSOP, as the official hostess and bracelet presenter. More high-profile TV appearances followed, including Poker2Nite and Full Tilt Poker’s Doubles Championship.
While off screen, Lacey is keen to share her passion for poker and is currently working on her charity for US troops. Her aim is to create a USO Poker Tour which provides a morale boost for the men and women stationed around the world.
Want more…

In 2008, Lacey was the Co-Host of The Real Deal! at the Venetian Hotel in Las Vegas while also gracing the cover of Bluff Magazine in their November 2008 issue. This was 1 of only a few covers in Bluff circulation history to feature a woman.Today, Lacey continues to be a force in the poker world. In 2009, she was a Borgata Poker Spokesmodel for January and September’s Winter Poker Open in Atlantic City. Lacey has also hosted interviews at the 2009 WSOP for ESPN 360, wsop.com, and Bluffmagazine.com.

She even hosted the official kick off party for 2009 World Series of Poker, while also being the official Hostess of the 2009 World Series of Poker Final Table Main Event. November of 2009 brought Lacey to Fox Sports new poker show, Poker2Nite, where she was their roving reporter, interviewing the biggest stars of the poker world.
In addition to all of that, for the fourth year in a row Lacey has been the media darling and tournament hostess for Canada’s largest event, The British Colombia Poker Championship. Recently, in May, Lacey hosted the Full Tilt Doubles Championship, a new poker show pitting teams against each other, which began airing in 2010 on GSN and 2011 on Versus.
Lacey did much more than just hosting and interviews in 2009. She was able to accomplish everything from high model fashion runway for St. John and Valentino, to winning 3rd place in the 2009 WPS Costa Rica Showdown. She has even starred in a hip hop video and landed large modeling billboard campaigns with gaming giants LUXOR hotel and MGM Skylofts. In fact, Lacey is notorious in LA and Las Vegas for editorial, runway, print and television.
In her free time Lacey loves staying in touch with her loyal fan base online, while also working on her first book. Lacey loves to travel the world and is looking forward to what the future holds.