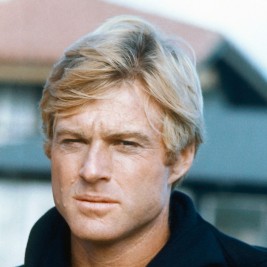 Businesses, Non-profit organizations, event planners and companies across the country have worked closely with our booking agents to hire Robert Redford for a speaking engagements, guest appearances, product endorsements and corporate events. Many of those same clients have continued to turn to our speakers bureau as we can easily align Robert Redford’s availability with their upcoming seminar, gala, annual conference, corporate function, and grand opening. Our close relationship with Robert Redford’s booking agent and management team further enables us to provide inquiring clients with Robert Redford’s speaking fee and appearance cost.

If your goal is to hire Robert Redford to be your next keynote speaker or to be the next brand ambassador our celebrity speakers bureau can assist. If Robert Redford’s booking fee is outside your companies budget or your unable to align with his appearance availability, our booking agents can provide you a list of talent that aligns with your event theme, budget and event date.

Redford was born in Santa Monica, California to Charles Robert Redford, Sr., an accountant, and Texas-born Martha W. Hart. He has a half-brother, William, from his father's re-marriage.

Redford graduated from Van Nuys High School in Los Angeles, California in 1954 and received a baseball scholarship to the University of Colorado, where he was a pitcher on the baseball team, and a member of the Kappa Sigma fraternity. He lost the scholarship due to adolescent drinking, fueled in part by the death of his mother, when Redford was eighteen. Redford was later a painting student at the Pratt Institute in Brooklyn, and took classes in theatrical set design at the American Academy of Dramatic Arts in New York City.

Redford is known for his roles in Butch Cassidy and the Sundance Kid, All the President's Men, The Sting, The Natural, The Way We Were, Out of Africa, The Great Gatsby, and many others. Redford directed the films Ordinary People, Quiz Show, The Legend of Bagger Vance, The Horse Whisperer, The Milagro Beanfield War, and A River Runs Through It. He was also a producer on all except Ordinary People.

In 1980, Redford's directorial debut, Ordinary People, won him the Academy Award for Directing; his 1994 film, Quiz Show, was nominated for best director, but lost to Forrest Gump. Along with Warren Beatty, Clint Eastwood, Mel Gibson, Richard Attenborough, and Kevin Costner, Redford is one of the few major actors to win an Academy Award for "Best Director".

With the financial proceeds of his acting success, starting with his salary from Butch Cassidy and the Sundance Kid and Downhill Racer, Redford purchased the ski resort just outside Park City, Utah called Timphaven. He renamed it the Sundance Resort, and not long after, portions of the movie Jeremiah Johnson, a film which is both one of Redford's favorites and one that has heavily influenced him, were shot in the area. He founded the Sundance Film Festival, Sundance Institute, Sundance Catalog, and the Sundance Channel, all in and around Park City. The Sundance Film Festival caters to independent filmmakers in the United States and has received some recognition from the industry as a place to option films. The name Sundance comes from his character, the "Sundance Kid". In addition, Redford owns a celebrated restaurant called Zoom, located on Main Street in the former mining town of Park City.

In 1995, Redford received an honorary Doctor of Humane Letters degree from Bard College. In December of 2005, he received honors at the Kennedy Center for his contributions to American culture. The Honors recipients are recognized for their lifetime contributions to American culture through the performing arts: whether in dance, music, theater, opera, motion pictures or television.

Robert Redford is politically liberal, and has supported environmentalism and Native American rights.