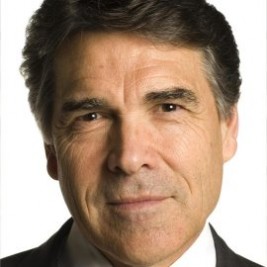 Businesses, Non-profit organizations, event planners and companies across the country have worked closely with our booking agents to hire Rick Perry for a speaking engagements, guest appearances, product endorsements and corporate events. Many of those same clients have continued to turn to our speakers bureau as we can easily align Rick Perry’s availability with their upcoming seminar, gala, annual conference, corporate function, and grand opening. Our close relationship with Rick Perry’s booking agent and management team further enables us to provide inquiring clients with Rick Perry’s speaking fee and appearance cost.

If your goal is to hire Rick Perry to be your next keynote speaker or to be the next brand ambassador our celebrity speakers bureau can assist. If Rick Perry’s booking fee is outside your companies budget or your unable to align with his appearance availability, our booking agents can provide you a list of talent that aligns with your event theme, budget and event date.

Rick Perry is a fifth-generation Texan born in Paint Creek in West Texas. He attended Texas A&M University where he was a member of the Corps of Cadets and graduated with a Bachelor of Science in animal science. Upon his graduation in 1972, Perry was commissioned in the Air Force where served as a pilot until 1977 upon which he left the Air Force as a captain and went into the family cotton farming business. In 1984, Rick Perry ran successfully for the Texas House of Representatives as a Democrat until 1989 when he switched his allegiance to the Republican Party. In 1990, Perry narrowly defeated the incumbent Agriculture Commissioner of Texas and asserted himself on a larger-scale politically and was able to win re-election in 1994 by a landslide. He declined to seek a third term in 1998 and instead ran for lieutenant governor which he won by a narrow two-percent margin and served until 2000 when assumed the position of governor upon the ascendancy of then-governor George W. Bush to the presidency.

Rick Perry served as governor of Texas after winning re-election in 2002, 2006, and 2010, becoming the third governor of Texas to serve three terms.  Perry ran for the 2012 and 2016 Republican presidential nominations.