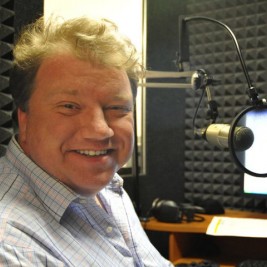 If your goal is to hire Richard Miniter to be your next keynote speaker or to be the next brand ambassador our celebrity speakers bureau can assist. If Richard Miniter’s booking fee is outside your companies budget or your unable to align with his appearance availability, our booking agents can provide you a list of talent that aligns with your event theme, budget and event date.

Richard Miniter is the author of two New York Times bestselling books, Losing bin Laden and Shadow War, and is an internationally recognized expert on terrorism.

He has been published in The New York Times, The Washington Post, The Wall Street Journal and The Christian Science Monitor, as well as leading magazines including The Atlantic Monthly, The New Republic and Reader's Digest. His published work has been featured in policy and political magazines including The American Enterprise, National Review, Reason, and Policy Review, among others. In addition, his articles have appeared in newspapers throughout Europe, Asia and Australia.

After graduating from Vassar College in 1990, Miniter worked for the American Spectator, became a policy analyst at the Competitive Enterprise Institute and was a senior writer at Insight, a magazine published by the Washington Times.

From 1996 to 2000, Miniter reported for newspapers and magazines on assignment from Western Europe, subSaharan Africa, Southern Africa and Southeast Asia. He traveled with rebels into war zones in Uganda, Sudan and Burma and along smugglers' routes in Laos, Thailand and Cambodia.

While at the Journal, Random House published Miniter's first book, The Myth of Market Share. The book argues that market share does not tend to generate aboveaverage profits. Executives should not pursue mergers based on size alone and regulators should not bother to stop them. The Myth of Market Share has been translated into Chinese, Hebrew, German, Japanese, Italian, and Spanish. The Washington Post said it was a "must read for business executives." Shortly after the September 11 attacks, Miniter left the Journal to join the investigative reporting team of the Sunday Times (of London), Britain's largest quality paper. Miniter cowrote a fourpart series, "The Road to Ground Zero." The series won first prize by the International Consortium of Investigative Journalists.

In early 2002, Miniter was contracted to write a book that became Losing bin Laden. He would spend the next 18 months reporting from Khartoum, Cairo, Frankfurt, Hamburg, London, Paris and Washington to offer an authoritative account of the bin Laden menace during the Clinton years. It became a New York Times bestseller, peaking at no. 9 in September 2003. Losing bin Laden was cited on NBC's "Meet the Press" by host Tim Russert. The book was also praised in columns by George F. Will, Steve Forbes and Robert Novak.

Miniter's next book was drawn from ontheground reporting in Iraq, Kuwait, Egypt, Sudan, Hong Kong, Singapore and the Philippines. Shadow War: The Untold Story of How America is Winning the War on Terror became his second New York Times bestseller, debuting at no.7.

Miniter's latest book is entitled Disinformation: 22 Media Myths That Undermine the War on Terror. Based on exclusive interviews and official documents, the book challenges many widelyheld notions: that Bin Laden was trained or financed by the CIA in the 1980s, that Halliburton profiteered in Iraq, that profiling Arabs at airports would stop terrorism, and that the U.S.Mexico border is an open door for Al Qaeda.