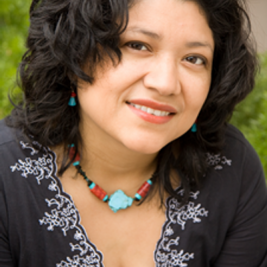 Businesses, Non-profit organizations, event planners and companies across the country have worked closely with our booking agents to hire Reyna Grande for a speaking engagements, guest appearances, product endorsements and corporate events. Many of those same clients have continued to turn to our speakers bureau as we can easily align Reyna Grande’s availability with their upcoming seminar, gala, annual conference, corporate function, and grand opening. Our close relationship with Reyna Grande’s booking agent and management team further enables us to provide inquiring clients with Reyna Grande’s speaking fee and appearance cost.

If your goal is to hire Reyna Grande to be your next keynote speaker or to be the next brand ambassador our celebrity speakers bureau can assist. If Reyna Grande’s booking fee is outside your companies budget or your unable to align with his appearance availability, our booking agents can provide you a list of talent that aligns with your event theme, budget and event date.

Reyna Grande is an award-winning novelist and memoirist. She has received an American Book Award, the El Premio Aztlán Literary Award, and the International Latino Book Award. In 2012, she was a finalist for the prestigious National Book Critics Circle Awards, and in 2015 she was honored with a Luis Leal Award for Distinction in Chicano/Latino Literature. Her works have been published internationally in Norway, South Korea, and Mexico.

Her novels, Across a Hundred Mountains, (Atria, 2006) and Dancing with Butterflies (Washington Square Press, 2009) were published to critical acclaim. In her latest book, The Distance Between Us, ( Atria, 2012) Reyna writes about her life before and after illegally immigrating from Mexico to the United States. An inspirational coming-of-age story about the pursuit of a better life, The Distance Between Us is now available as a young readers edition from Simon & Schuster’s Children’s Division–Aladdin. It has received a 2017 Honor Book Award for the Américas Award for Children’s and Young Adult Literature and a 2016 Eureka! Honor Awards from the California Reading Association, and an International Literacy Association Children’s Book Award 2017.

Reyna is a member of the Macondo Writer’s Workshop founded by Sandra Cisneros. Currently Reyna teaches creative writing, travels across the country and abroad to give presentations about her books, and is at work on the sequel to The Distance Between Us

Born in Iguala, Guerrero, Mexico (where 43 college students disappeared in 2014), Reyna was two years old when her father left for the U.S. to find work. Her mother followed her father north two years later, leaving Reyna and her siblings behind in Mexico. In 1985, when Reyna was going on ten, she left Iguala to make her own journey north. She entered the U.S. as an undocumented immigrant, and later went on to become the first person in her family to graduate from college.

After attending Pasadena City College for two years, Reyna obtained a B.A. in creative writing and film & video from the University of California, Santa Cruz. She later received her M.F.A. in creative writing from Antioch University. Now, in addition to being a published author, she is also a sought-after motivational speaker at high schools, colleges, and universities across the nation.