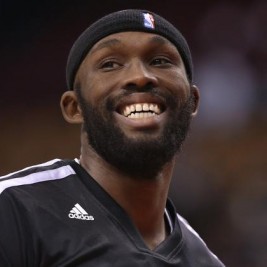 Businesses, Non-profit organizations, event planners and companies across the country have worked closely with our booking agents to hire Reggie Evans for a speaking engagements, guest appearances, product endorsements and corporate events. Many of those same clients have continued to turn to our speakers bureau as we can easily align Reggie Evans’s availability with their upcoming seminar, gala, annual conference, corporate function, and grand opening. Our close relationship with Reggie Evans’s booking agent and management team further enables us to provide inquiring clients with Reggie Evans’s speaking fee and appearance cost.

If your goal is to hire Reggie Evans to be your next keynote speaker or to be the next brand ambassador our celebrity speakers bureau can assist. If Reggie Evans’s booking fee is outside your companies budget or your unable to align with his appearance availability, our booking agents can provide you a list of talent that aligns with your event theme, budget and event date.

Reggie Evans was born May 18, 1980, in Pensacola, Florida and is an American professional basketball player. The power forward is currently playing for the Brooklyn Nets of the NBA. While limited in his offensive game, Evans is known for his rebounding, tenacity and hustle on the defensive end, skills that have made him a serviceable role player in the NBA. On July 11, 2012, Evans was traded to the Brooklyn Nets in a sign-and-trade deal. On November 21, 2012, he became the first NBA player to be fined for flopping after a 95-90 loss to the Los Angeles Lakers. One league executive had called Evans "the star" of flopping in a preseason demonstration video. While Nets player Kris Humphries was out with an injury, Evans was given the opportunity to start. He remained in the starting lineup afterwards. The Nets decided to start Evans over Humphries. On March 27 in a game against the Portland Trail Blazers, Evans notched career highs in both points and rebounds as the Nets won 111-93. 2 days later in a game against the Denver Nuggets, Evans had another great night with 15 points and 16 rebounds but the Nets lost 109-87. Evans said he heard a teammate say to Nets coach P.J. Carlesimo to bench Evans because of lack of offensive production. Evans used this as inspiration to be more aggressive on the offensive end of the floor. In his first season with the Nets, Evans played 80 games with 56 starts, and for the second time in his career, he averaged over 10 rebounds a game with 11.1.

On February 19, 2014, the Brooklyn Nets traded Evans and guard Jason Terry to the Sacramento Kings in exchange for guard Marcus Thornton.

Having only played in nine of the Kings' first 16 games to start the 2014–15 season, and having not played in the previous seven games, Evans made up for the absence of starting center DeMarcus Cousins against the Memphis Grizzlies as he recorded 17 points on 7-of-10 shooting and 20 rebounds in 35 minutes off the bench. The seldom-used Evans sparked Sacramento back into the game during the third quarter, getting Marc Gasol in foul trouble and slicing Memphis' lead to 74-65 heading to the fourth. However, the Kings went on to lose the game, 85-97.