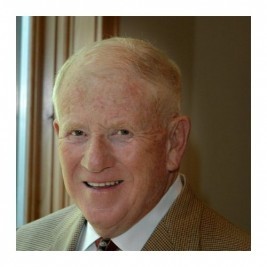 Businesses, Non-profit organizations, event planners and companies across the country have worked closely with our booking agents to hire Red Cashion for a speaking engagements, guest appearances, product endorsements and corporate events. Many of those same clients have continued to turn to our speakers bureau as we can easily align Red Cashion’s availability with their upcoming seminar, gala, annual conference, corporate function, and grand opening. Our close relationship with Red Cashion’s booking agent and management team further enables us to provide inquiring clients with Red Cashion’s speaking fee and appearance cost.

If your goal is to hire Red Cashion to be your next keynote speaker or to be the next brand ambassador our celebrity speakers bureau can assist. If Red Cashion’s booking fee is outside your companies budget or your unable to align with his appearance availability, our booking agents can provide you a list of talent that aligns with your event theme, budget and event date.

Mason L. "Red" Cashion is a former American football official. He started officiating in 1952 while attending Texas A&M University, and then worked for various high school and college football conferences, most notably the Southwest Conference. From 1972 to 1997, he officiated in the National Football League, and was the referee in Super Bowl XX and Super Bowl XXX. Cashion began his career as a line judge in 1972 before being promoted to referee in 1976 upon the retirement of long-time referee Norm Schachter. He wore uniform number 43 for most of his career. During the 1979-1981 seasons, when officials were numbered separately by positions instead of having one number assigned to each official, he wore number 8. Cashion is known by NFL players, coaches, and fans for his signature first down call in which he would enthusiastically drawl "First dowwwwwn!" out to the crowd. In a 1997 interview with The Sporting News, he said, "I don't know of any time that started it or stopped it. It was just something that sort of evolved and been there ever since". Cashion's promotion to referee came just one season after the NFL began equipping referees with wireless microphones to explain penalty calls and complex rulings to fans in the stadium, members of the media, and the television audience at home. Cashion was inducted into the Texas Sports Hall of Fame in 1999. He also provided the voice of the referee for several versions of the Madden NFL video game.