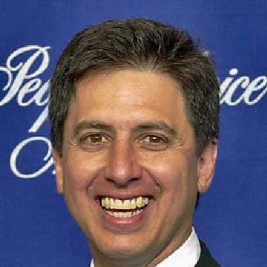 Businesses, Non-profit organizations, event planners and companies across the country have worked closely with our booking agents to hire Ray Romano for a speaking engagements, guest appearances, product endorsements and corporate events. Many of those same clients have continued to turn to our speakers bureau as we can easily align Ray Romano’s availability with their upcoming seminar, gala, annual conference, corporate function, and grand opening. Our close relationship with Ray Romano’s booking agent and management team further enables us to provide inquiring clients with Ray Romano’s speaking fee and appearance cost.

If your goal is to hire Ray Romano to be your next keynote speaker or to be the next brand ambassador our celebrity speakers bureau can assist. If Ray Romano’s booking fee is outside your companies budget or your unable to align with his appearance availability, our booking agents can provide you a list of talent that aligns with your event theme, budget and event date.

Romano, an Italian American, was born in Queens, New York to Albert and Lucie Romano. Before breaking into show business, Romano had planned to become an accountant.

Romano started his career appearing on many outlets including Comedy Central. He was originally cast to play "Joe" on the now-canceled American television sitcom NewsRadio, but was fired, to be replaced by Joe Rogan. Shortly thereafter, he would become the star of his own show, Everybody Loves Raymond, that featured a cast and format which was more suitable to Romano's brand of humor.

He is married to Anna Scarpulla, with whom he has four children, including one pair of twins. Romano is an active golfer which he puts into many of his roles.