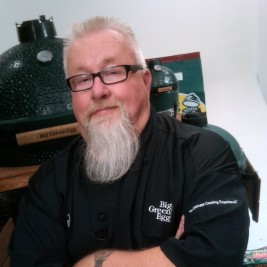 Businesses, Non-profit organizations, event planners and companies across the country have worked closely with our booking agents to hire Ray Lampe for a speaking engagements, guest appearances, product endorsements and corporate events. Many of those same clients have continued to turn to our speakers bureau as we can easily align Ray Lampe’s availability with their upcoming seminar, gala, annual conference, corporate function, and grand opening. Our close relationship with Ray Lampe’s booking agent and management team further enables us to provide inquiring clients with Ray Lampe’s speaking fee and appearance cost.

If your goal is to hire Ray Lampe to be your next keynote speaker or to be the next brand ambassador our celebrity speakers bureau can assist. If Ray Lampe’s booking fee is outside your companies budget or your unable to align with his appearance availability, our booking agents can provide you a list of talent that aligns with your event theme, budget and event date.

Ray Lampe grew up in Chicago and after high school, spent 25 years in the family trucking business. In 2000, the trucking business had run its course, and it was time for Ray to try something new. He had been participating in BBQ cookoffs as a hobby since 1982, so he decided to take a leap and turn his hobby into a career. In 2000, Ray moved to Florida and began his career as an outdoor cooking expert. Ray has written seven cookbooks and is currently working on his eighth. The most recent being “Pork Chop” published by Chronicle Books. Ray was inducted into the BBQ Hall of Fame in 2014.

Ray Lampe, also known as Dr. BBQ, is the Executive Chef at Southern Hospitality in New York City. Open by Justin Timberlake and Eytan Sugarman, Ray came to New York City to see the restaurant he immediately fell in love with the warm atmosphere. Ray was later offered the position of executive head chef for Southern Hospitality and the rest is history! Ray grew up in Chicago and after high school spent 25 years in the family trucking business. In 2000 the trucking business had run it's course, and it was time for Ray to do something different. He had been participating in BBQ cook-offs as a hobby since 1982, so he decided to take a leap and try to turn his hobby into a career. In 2000 Ray moved to Lakeland, Florida and began his career as a BBQ “pitmaster”. Since then Ray has become a legend in the BBQ community, dominating the BBQ competition circuit by winning dozens of competitions all across the country. He is one of the country's leading authorities on BBQ, grilling and tailgating. Ray isn't just about the BBQ though, he's also an excellent chef and cooks many different types of cuisine. Ray has written four BBQ cookbooks and is currently working on a fifth. "The NFL Game Day Cookbook" ! "Dr. BBQ's Big-Time Barbecue Cook" ! "Dr. BBQ's Barbecue All Year Long" ! "Dr. BBQ's Big Time Barbecue Road Trip" Ray has appeared on The Food Network, most recently as a judge and expert on “Tailgate Warriors w/ Guy Fieri”, HGTV, CNN, Discovery, OLN, and is a regular guest on Sirius/XM radio. He has been featured in several publications including; Life Magazine, Maxim, Food & Wine, Men's Journal, USA Today, and The Wall Street Journal. Ray has been dominating BBQ championships for the last 20+ years earning him the moniker “Dr. BBQ”. He has countless championships from 1994 - 2004.