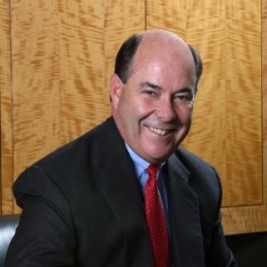 If your goal is to hire Randy MacDonald to be your next keynote speaker or to be the next brand ambassador our celebrity speakers bureau can assist. If Randy MacDonald’s booking fee is outside your companies budget or your unable to align with his appearance availability, our booking agents can provide you a list of talent that aligns with your event theme, budget and event date.

Randy MacDonald joined IBM in 2000 as senior vice president, Human Resources. In this position he is responsible for the global human resources practices, policies and operations of the organization, and reports to Chairman, President, and Chief Executive Officer Sam Palmisano.

Prior to joining IBM, Mr. MacDonald was the executive vice president of Human Resources and Administration for GTE (now Verizon Communications). Mr. MacDonald was with GTE for 17 years, holding positions of increasing responsibility. Before joining GTE, he held human resources positions at Ingersoll-Rand Company and Sterling Drug, Inc.

In August 2009, Mr. MacDonald received the Distinguished Human Resources Executive Award from the Academy of Management for his significant contributions to the science and practice of human resources, including HR-related research and education. He is the first executive to receive this award twice; he was also recognized with this honor in 2004. Among many other awards, Mr. MacDonald was named Human Resource Executive Magazine's "HR Executive of the Year" in 2008.

He is a member and past chair of Cornell University's Center for Advanced Human Resources Study and a past chair of the Personnel Roundtable. He is also a member of the HR Policy Association, which he serves as Chairman of its Board of Directors.

In 1998, Mr. MacDonald was named a Fellow of the National Academy of Human Resources, the human resource profession's highest honor for outstanding achievement. He was elected to the Academy's Board of Directors in 2000 and serves as its Vice Chair. He also was a member of the President's Advisory Commission on Consumer Protection and Quality in the Health Care Industry.

Mr. MacDonald has a bachelor's degree in political science and a master's degree in industrial relations from St. Francis University; he received the St. Francis University Distinguished Alumni in Business Award in 1999, and was a Trustee of the institution.  Mr. MacDonald also serves as a Trustee of Bucknell University, and as vice chairman of the board. He is a member of the Board of Managers of Delphi Corporation and a former member of the Board of Directors of Covance.