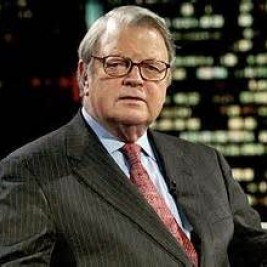 Businesses, Non-profit organizations, event planners and companies across the country have worked closely with our booking agents to hire Garry Wills for a speaking engagements, guest appearances, product endorsements and corporate events. Many of those same clients have continued to turn to our speakers bureau as we can easily align Garry Wills’s availability with their upcoming seminar, gala, annual conference, corporate function, and grand opening. Our close relationship with Garry Wills’s booking agent and management team further enables us to provide inquiring clients with Garry Wills’s speaking fee and appearance cost.

If your goal is to hire Garry Wills to be your next keynote speaker or to be the next brand ambassador our celebrity speakers bureau can assist. If Garry Wills’s booking fee is outside your companies budget or your unable to align with his appearance availability, our booking agents can provide you a list of talent that aligns with your event theme, budget and event date.

Garry Wills was born in 1934 in Atlanta, Georgia.  He graduated from Campion High School in Prairie du Chien, Wisconsin in 1951 and received his PhD in classics from Yale in 1961. In 1995, he received a L.H.D. from Bates College. He received an honorary doctorate from the College of the Holy Cross.

A historian and author of more than 20 books including What Jesus Meant, he is also a frequent contributor to the New York Review of Books.

In 1993, he won a Pulitzer Prize for his book Lincoln at Gettysburg: The Words That Remade America, which describes the background and effect of Abraham Lincoln's Gettysburg Address on November 19, 1863. In 1998, he won the National Medal for the Humanities. He has also won the National Book Critics Circle Award.

He is an adjunct professor of history, both American and cultural, at Northwestern University and a member of the American Academy of Arts and Sciences.