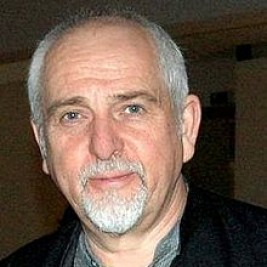 Businesses, Non-profit organizations, event planners and companies across the country have worked closely with our booking agents to hire Peter Gabriel for a speaking engagements, guest appearances, product endorsements and corporate events. Many of those same clients have continued to turn to our speakers bureau as we can easily align Peter Gabriel’s availability with their upcoming seminar, gala, annual conference, corporate function, and grand opening. Our close relationship with Peter Gabriel’s booking agent and management team further enables us to provide inquiring clients with Peter Gabriel’s speaking fee and appearance cost.

If your goal is to hire Peter Gabriel to be your next keynote speaker or to be the next brand ambassador our celebrity speakers bureau can assist. If Peter Gabriel’s booking fee is outside your companies budget or your unable to align with his appearance availability, our booking agents can provide you a list of talent that aligns with your event theme, budget and event date.

Peter Gabriel is an English singer, musician, and songwriter who rose to fame as the lead vocalist and flautist of the progressive rock group Genesis. After leaving Genesis, Gabriel went on to a successful solo career. His 1986 album, So, is his most commercially successful, and the album's biggest hit, "Sledgehammer", won a record nine MTV Awards at the 1987 MTV Video Music Awards, and the song is the most played music video in the history of the station. More recently, Gabriel has focused on producing and promoting world music and pioneering digital distribution methods for music. He has also been involved in various humanitarian efforts. Gabriel has won numerous music awards throughout his career, including three Brit Awards—winning Best British Male in 1987, six Grammy Awards, thirteen MTV Video Music Awards, and in 2007 he was honoured as a BMI Icon at the 57th annual BMI London Awards for his “influence on generations of music makers.” Gabriel was also awarded the Polar Music Prize in 2009, and was inducted into the Rock and Roll Hall of Fame as a member of Genesis in 2010.