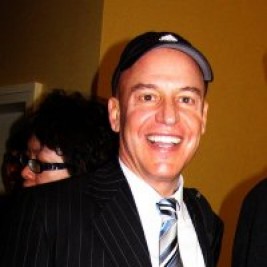 If your goal is to hire Paul Zane Pilzer to be your next keynote speaker or to be the next brand ambassador our celebrity speakers bureau can assist. If Paul Zane Pilzer’s booking fee is outside your companies budget or your unable to align with his appearance availability, our booking agents can provide you a list of talent that aligns with your event theme, budget and event date.

Paul Zane Pilzer is a world-renowned economist, a highly successful social entrepreneur, an adjunct professor, and the author of nine best-selling books and dozens of scholarly publications.

Pilzer completed Lehigh University in three years and received his MBA from Wharton in 15 months at age 22. He became Citibank's youngest officer at age 22 and its youngest vice president at age 25. At age 24, he was appointed adjunct professor at New York University, where he taught for 21 consecutive years. Over the past 30 years, Pilzer has started and/or taken public, five companies in the areas of software, education and healthcare.

In healthcare, he is the Founder of Zane Benefits, Inc. (2006) and Extend Health, Inc. (1999), the two leading U.S. suppliers of personalized health benefits to corporate America including Wal-Mart's Sam's Club.

In education, he is the Founder of Zane Publishing (1989) and The American Academy (2005), two pioneering companies in electronic and online education that continue to make significant contributions to high school education worldwide.

He was an appointed economic adviser in two presidential administrations and warned of the impending $200 billion savings and loan crisis years before official Washington was willing to listen-a story that he later shared in Other People's Money (Simon & Schuster) which was critically acclaimed by The New York Times and The Economist magazine.

A former commentator on National Public Radio and CNN, Pilzer was profiled on the front page of The Wall St. Journal in 2007 and has appeared three times on the Larry King Live! television program. He speaks live each year to approximately 200,000 people, and more than 10 million audiotapes of his speeches have been sold. He lives in Utah with his wife and four children where they are all avid snowboarders, mountain bikers, and chess players.