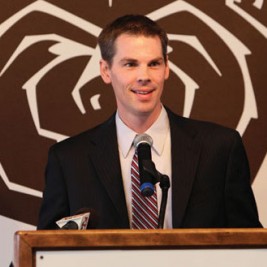 Businesses, Non-profit organizations, event planners and companies across the country have worked closely with our booking agents to hire Paul Lusk for a speaking engagements, guest appearances, product endorsements and corporate events. Many of those same clients have continued to turn to our speakers bureau as we can easily align Paul Lusk’s availability with their upcoming seminar, gala, annual conference, corporate function, and grand opening. Our close relationship with Paul Lusk’s booking agent and management team further enables us to provide inquiring clients with Paul Lusk’s speaking fee and appearance cost.

If your goal is to hire Paul Lusk to be your next keynote speaker or to be the next brand ambassador our celebrity speakers bureau can assist. If Paul Lusk’s booking fee is outside your companies budget or your unable to align with his appearance availability, our booking agents can provide you a list of talent that aligns with your event theme, budget and event date.

Paul Lusk was born November 14, 1971 and is an American basketball head coach. A former assistant coach at Purdue under Matt Painter, he was introduced as the new coach at Missouri State University on Friday, April 1, 2011. He was hired to replace Cuonzo Martin after he left for the head coaching position at Tennessee.

In Paul Lusk's second season as head coach, with a roster including six freshmen and only one returning senior, the Bears were the youngest team in the Missouri Valley Conference and one of the youngest in the nation. Struggling early in the season the Bears went 0-10 against Division I programs, only gaining 2 wins in their first 12 games against Division II teams. The Bears registered their first win over a Division I team on December 30, beating Southern Illinois University 70-59.