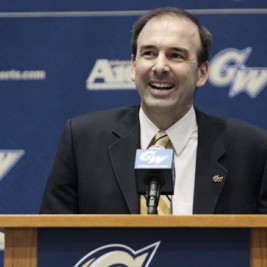 Businesses, Non-profit organizations, event planners and companies across the country have worked closely with our booking agents to hire Mike Lonergan for a speaking engagements, guest appearances, product endorsements and corporate events. Many of those same clients have continued to turn to our speakers bureau as we can easily align Mike Lonergan’s availability with their upcoming seminar, gala, annual conference, corporate function, and grand opening. Our close relationship with Mike Lonergan’s booking agent and management team further enables us to provide inquiring clients with Mike Lonergan’s speaking fee and appearance cost.

If your goal is to hire Mike Lonergan to be your next keynote speaker or to be the next brand ambassador our celebrity speakers bureau can assist. If Mike Lonergan’s booking fee is outside your companies budget or your unable to align with his appearance availability, our booking agents can provide you a list of talent that aligns with your event theme, budget and event date.

Mike Lonergan was born January 28, 1966 and is the head coach of the George Washington University Colonials men's basketball team. He replaced Karl Hobbs. He was formerly the coach of the University of Vermont Catamounts and the Catholic University of America (CUA) and before that a point guard for CUA.

The Colonials struggled to consecutive losing records under Lonergan in 2011-12 an 2012-13, marking the first time in his Division I coaching career that a Lonergan-coached team failed to reach the postseason in consecutive seasons. In 2013-14, GW finished the year 24-9, finishing third in the Atlantic 10 and earning a ninth-seed in the NCAA Tournament, where the Colonials lost to Memphis.

Following the trip to the NCAAs, George Washington announced that Lonergan had signed a contract extension that keeps him at GW through the 2020-21 season.