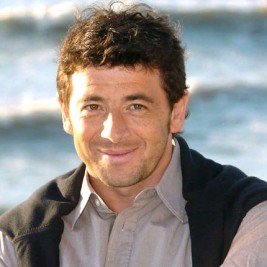 Businesses, Non-profit organizations, event planners and companies across the country have worked closely with our booking agents to hire Patrick Bruel for a speaking engagements, guest appearances, product endorsements and corporate events. Many of those same clients have continued to turn to our speakers bureau as we can easily align Patrick Bruel’s availability with their upcoming seminar, gala, annual conference, corporate function, and grand opening. Our close relationship with Patrick Bruel’s booking agent and management team further enables us to provide inquiring clients with Patrick Bruel’s speaking fee and appearance cost.

If your goal is to hire Patrick Bruel to be your next keynote speaker or to be the next brand ambassador our celebrity speakers bureau can assist. If Patrick Bruel’s booking fee is outside your companies budget or your unable to align with his appearance availability, our booking agents can provide you a list of talent that aligns with your event theme, budget and event date.

Patrick Bruel is a French singer, actor, and professional poker player of Jewish descent. Patrick is the son of Pierre Benguigui and Augusta Kammoun, daughter of Elie and Céline ben Sidoun. His family became French in 1870 when the Crémieux Decree granted full French citizenship to the indigenous Jews of Algeria.

Although Bruel aspired to be a football star as a youth, he decided to pursue singing after seeing Michel Sardou in 1975. His first success came as an actor, however, in 1979's Le Coup de sirocco. He continued acting in films, on television and in the theater while pursuing his singing career. His first single, "Vide" ("Empty"), released in 1982, was not a success, but the follow-up, "Marre de cette nana-là" ("Fed up with that chick"), was a hit.

In 2003, he had his last name officially changed to Bruel-Benguigui, his stage name with his birthname, before his partner, the writer and playwright Amanda Sthers, gave birth to his first child, Oscar, on 19 August. On 21 September 2004, he wed the 24-year-old Sthers; it is his first marriage. His second child, Léon was born on 28 September 2005. The couple separated in 2007.

As of 2004 Bruel has acted in more than 40 different television and film productions and made five studio albums and several live albums. In 2002 Bruel released Entre Deux, a double CD of classic chanson that features duets with Charles Aznavour, Jean-Louis Aubert, Jean-Jacques Goldman, Alain Souchon and Renaud, among others. It sold two million copies and made Bruel France's best paid singer of the year. At the beginning of 2005, in response to the South Asian tsunami of 26 December 2004, Bruel wrote the song "Et puis la terre" to benefit the Red Cross. His latest album "Des souvenir devant" was his 4th charttopper in France.

In addition to acting and singing, Bruel is a world class professional poker player. He won a World Series of Poker bracelet in 1998 for the $5,000 Limit Hold'em event. As of 2009 he has earned more than $900,000 in live tournament play. His 10 cashes at the WSOP account for $411,659 of those winnings. He also comments the World Poker Tour in his home country.