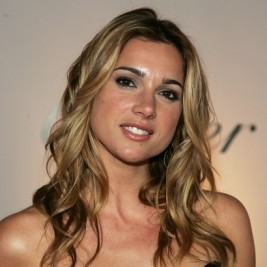 Businesses, Non-profit organizations, event planners and companies across the country have worked closely with our booking agents to hire Shana Hiatt for a speaking engagements, guest appearances, product endorsements and corporate events. Many of those same clients have continued to turn to our speakers bureau as we can easily align Shana Hiatt’s availability with their upcoming seminar, gala, annual conference, corporate function, and grand opening. Our close relationship with Shana Hiatt’s booking agent and management team further enables us to provide inquiring clients with Shana Hiatt’s speaking fee and appearance cost.

If your goal is to hire Shana Hiatt to be your next keynote speaker or to be the next brand ambassador our celebrity speakers bureau can assist. If Shana Hiatt’s booking fee is outside your companies budget or your unable to align with his appearance availability, our booking agents can provide you a list of talent that aligns with your event theme, budget and event date.

Shana Hiatt is a model and presenter who has appeared in several magazines.

A former Army brat raised primarily in Tabernacle Township, New Jersey, she is best known for hosting the first three seasons of World Poker Tour on The Travel Channel.

While Hiatt was a non-player prior to her job with the World Poker Tour, she is now an avid online poker player who occasionally plays in casinos. She is formerly the host of Poker After Dark and the National Heads-Up Poker Championship, both on NBC. Shana left the shows in 2008 due to pregnancy. She was replaced by Marianela Pereyra in Poker After Dark and by Leeann Tweeden in the National Heads-Up Poker Championship.

After leaving the World Poker Tour in 2005, Hiatt sued the producers in order to get a restraining order to prevent them from keeping her from working on a rival poker show on NBC, Poker After Dark. The WPT argued a non-compete clause was part of her contract, but Hiatt countered that she never signed it. The suit additionally revealed Hiatt left the WPT over a "hostile working environment" involving her husband, movie producer Todd Garner, whom she married in October 2005. Hiatt was previously married to James Van Patten, brother of World Poker Tour co-host Vince Van Patten.

Hiatt was a guest host of Wild On! featured on the E! network. She has also appeared in television shows and movies including Must Love Dogs and Grandma's Boy .