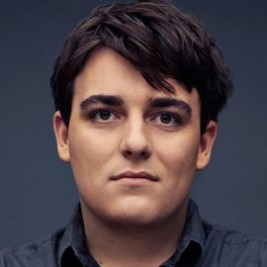 Businesses, Non-profit organizations, event planners and companies across the country have worked closely with our booking agents to hire Palmer Luckey for a speaking engagements, guest appearances, product endorsements and corporate events. Many of those same clients have continued to turn to our speakers bureau as we can easily align Palmer Luckey’s availability with their upcoming seminar, gala, annual conference, corporate function, and grand opening. Our close relationship with Palmer Luckey’s booking agent and management team further enables us to provide inquiring clients with Palmer Luckey’s speaking fee and appearance cost.

If your goal is to hire Palmer Luckey to be your next keynote speaker or to be the next brand ambassador our celebrity speakers bureau can assist. If Palmer Luckey’s booking fee is outside your companies budget or your unable to align with his appearance availability, our booking agents can provide you a list of talent that aligns with your event theme, budget and event date.

Palmer Luckey is the original founder of Oculus VR and inventor of the Oculus Rift, a consumer virtual reality head-mounted display.

Luckey was frustrated with the inadequacy of the existing head-mounted displays in his collection for gaming due to low contrast, high latency, and low field-of-view. In response, he created his first prototype at age 18 in his parents’ garage in 2011, called CR1, and featuring a 90-degree field of view. Over the next 10 months he developed a series of prototypes exploring features like 3D stereoscopy, wireless, and extreme 270-degree field-of-view, while also decreasing size and weight. He posted regular updates on his work on MTBS3D, a forum website frequented by virtual reality enthusiasts. His 6th-generation unit was named the "Rift," and was intended to be sold as a do-it-yourself kit on the Kickstarter crowdfunding website to fellow enthusiasts rather than a pre-assembled consumer device, with a target of about 100 customers. He first started Oculus VR in order to facilitate the Kickstarter campaign.

The Kickstarter campaign was successful, raising $2.4 million or 974% of its original target. As a result, Oculus VR targeted a larger scale of units and expanded with more employees and an office space, but Luckey described his day-to-day process as not having "changed all that much," remaining a "slow plod towards making this thing a reality."

Oculus VR was acquired by Facebook in March 2014 for $2 billion. Today, Luckey continues to work at Oculus VR on core VR technology.