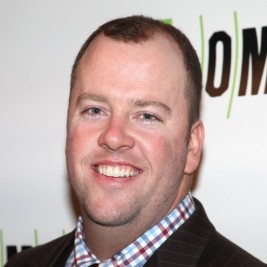 Businesses, Non-profit organizations, event planners and companies across the country have worked closely with our booking agents to hire Chris Sullivan for a speaking engagements, guest appearances, product endorsements and corporate events. Many of those same clients have continued to turn to our speakers bureau as we can easily align Chris Sullivan’s availability with their upcoming seminar, gala, annual conference, corporate function, and grand opening. Our close relationship with Chris Sullivan’s booking agent and management team further enables us to provide inquiring clients with Chris Sullivan’s speaking fee and appearance cost.

If your goal is to hire Chris Sullivan to be your next keynote speaker or to be the next brand ambassador our celebrity speakers bureau can assist. If Chris Sullivan’s booking fee is outside your companies budget or your unable to align with his appearance availability, our booking agents can provide you a list of talent that aligns with your event theme, budget and event date.

Chris Sullivan is an award winning Irish/British actor/writer/director. He trained in both classical and modern theatre at The Birmingham School of Speech Training & Dramatic Art and appeared in many leading roles in the British repertory system in plays by William Shakespeare, Ben Jonson, John Arden, Alan Ayckbourn, Neil Simon and others before creating the role, to terrific national reviews, of ‘David' in Glenn Chandler's controversial play ‘A TREAT' at London's Soho Poly Theatre: the West End's number one fringe venue. You may also have seen him at a theatre near you when he played 'Father Malloy' in Mike Harding's 'Fur Coat and No Knickers' on a British tour which included theatres at Leeds, Preston, Darlington, Wilmslow, Stevenage, Reading and Plymouth. With over one hundred appearances on British Television and feature films - including LIFEFORCE, WHITE ANGEL and TOGETHER FOREVER (which he co-directed) - Chris has worked at most of the major British studios and he wrote, directed and starred in the short film 'THE SCROLL' in 1992. Chris made his American Television debut with a guest spot on the USA Network comedy series WEEKLY WORLD NEWS and his American Theatrical debut at Santa Monica Playhouse as the British con-man/spiv Basil in the high comedy play LOVELY! for which he won a DramaLogue award. He devised and presented his one-man-Irish show for Santa Monica Playhouse to rave reviews and consequently took the show to the Irish Fair at Santa Anita Racetrack, California and the Jermyn Street Theatre, in London's west end, before taking it to the Edinburgh Fringe Festival in 2002. Other theatre work includes stints at the Haymarket Theatre, Leicester - where he played Frank Stock in Stewart Parker's SPOKESONG – and the Royal Theatre Northampton where he played - among many other roles - the Lion in THE WIZARD OF OZ the psychopathic charmer ‘Danny' in Emlyn Williams's ‘NIGHT MUST FALL and Kastril in THE ALCHEMIST.