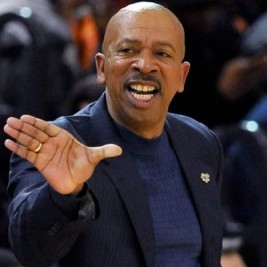 Businesses, Non-profit organizations, event planners and companies across the country have worked closely with our booking agents to hire Oliver Purnell for a speaking engagements, guest appearances, product endorsements and corporate events. Many of those same clients have continued to turn to our speakers bureau as we can easily align Oliver Purnell’s availability with their upcoming seminar, gala, annual conference, corporate function, and grand opening. Our close relationship with Oliver Purnell’s booking agent and management team further enables us to provide inquiring clients with Oliver Purnell’s speaking fee and appearance cost.

If your goal is to hire Oliver Purnell to be your next keynote speaker or to be the next brand ambassador our celebrity speakers bureau can assist. If Oliver Purnell’s booking fee is outside your companies budget or your unable to align with his appearance availability, our booking agents can provide you a list of talent that aligns with your event theme, budget and event date.

Purnell became a graduate assistant coach at ODU in July 1975, eventually becoming a full time assistant at the university. During Purnell's tenure as a full time assistant, he helped ODU reach the post season seven times (3 NCAAs and 4 NITs). Lefty Driesell hired Purnell in 1985 to serve as an assistant on his Maryland staff. Purnell served three seasons at Maryland before being selected as head coach at Radford University. Purnell is credited with one of the biggest one year turnarounds in NCAA history as his 1990-91 Radford club posted a 22-7 record, a 15 game improvement over the previous season. In 1994, he accepted a position as head coach at the University of Dayton where he led the Flyers to two NCAA tournament appearances (2000, 2003) before accepting the head coaching job at Clemson University shortly after losing to #13 Tulsa in the 2003 tournament. During his tenure at Clemson, he has built the program steadily, improving each subsequent season. In 2007, Purnell took his team to the championship game of the NIT, losing to West Virginia in the final, following wins against Syracuse, Air Force, and Ole Miss. In 2008, he guided the Tigers to a third-place 10-6 record in the Atlantic Coast Conference and a runner-up position in the ACC Tournament in Charlotte, losing to North Carolina by 5 points. The 2007-2008 season marked Clemson's first appearance in the NCAA Tournament in ten years.