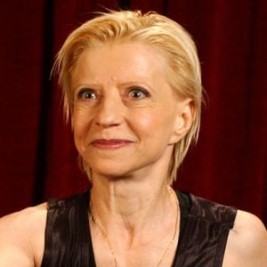 Businesses, Non-profit organizations, event planners and companies across the country have worked closely with our booking agents to hire Olga Korbut for a speaking engagements, guest appearances, product endorsements and corporate events. Many of those same clients have continued to turn to our speakers bureau as we can easily align Olga Korbut’s availability with their upcoming seminar, gala, annual conference, corporate function, and grand opening. Our close relationship with Olga Korbut’s booking agent and management team further enables us to provide inquiring clients with Olga Korbut’s speaking fee and appearance cost.

If your goal is to hire Olga Korbut to be your next keynote speaker or to be the next brand ambassador our celebrity speakers bureau can assist. If Olga Korbut’s booking fee is outside your companies budget or your unable to align with his appearance availability, our booking agents can provide you a list of talent that aligns with your event theme, budget and event date.

Olga Korbut  also known as the "Sparrow from Minsk", is a former Belarusian gymnast who won four gold medals and two silver medals at the Summer Olympic Games, in which she competed in 1972 and 1976 for the Soviet team.

Korbut is most famous for her uneven bars and balance beam routines, as well as her charismatic performances that captivated audiences. Her Olympic achievement earned her ABC's Wide World of Sports title of Athlete of the Year. In 1973, she won the Russian and World Student (i.e., University) Games, and a silver medal in the all-around at the European Championships.