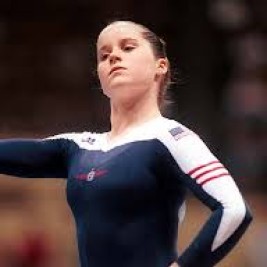 Businesses, Non-profit organizations, event planners and companies across the country have worked closely with our booking agents to hire Elise Ray for a speaking engagements, guest appearances, product endorsements and corporate events. Many of those same clients have continued to turn to our speakers bureau as we can easily align Elise Ray’s availability with their upcoming seminar, gala, annual conference, corporate function, and grand opening. Our close relationship with Elise Ray’s booking agent and management team further enables us to provide inquiring clients with Elise Ray’s speaking fee and appearance cost.

If your goal is to hire Elise Ray to be your next keynote speaker or to be the next brand ambassador our celebrity speakers bureau can assist. If Elise Ray’s booking fee is outside your companies budget or your unable to align with his appearance availability, our booking agents can provide you a list of talent that aligns with your event theme, budget and event date.

Elise Ray trained at Hill's Angels club in Maryland under Kelli Hill, former coach of Olympic medalists Dominique Dawes and Courtney Kupets. She earned her first US national team berth as a junior in 1996 and turned in a strong performance in her international debut, the 1996 Junior Pan American Championships, placing second in the all-around and winning gold on the uneven bars and floor exercise. She continued to excel in the years that followed, picking up an uneven bars silver medal at the 1998 Goodwill Games. At the 1999 World Championships in Tianjin, China, Ray was the highest-ranked American of the competition, finishing eighth in the all-around.

Ray won both the US National Championships and the Olympic Trials in 2000. At the Sydney Olympics, Ray was the only American woman to qualify for an event final, balance beam. In spite of this, she would encounter major difficulties at the Olympics. In the all-around finals, officials mistakenly set the vault apparatus 2cm too low; the situation was not remedied until the competition was halfway over. The change completely altered gymnasts' entry and postflight and caused major injuries and crashes. Ray was one of the gymnasts who vaulted before the error was discovered; consequently she fell on both her warmup and competition vaults. On one of her warm up vaults, she came inches away from crashing on her head. Although Elise escaped injury, the experience left her shaken, and she also fell from beam. It is impossible to tell how much her subsequent performances were affected. Gymnasts who had vaulted on the incorrectly set apparatus were invited to redo their vaults at the end of the session; Ray accepted this offer and ended up in 13th place with her revised score.

After Sydney, Elise attended the University of Michigan on a full athletic scholarship, where she majored in English. She crowned a very successful NCAA career by leading her team to the Super Six finals in 2005, and winning a silver on beam. Currently she is a member of the Cirque du Soleil.