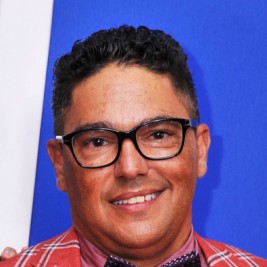 If your goal is to hire Nicholas Turturro to be your next keynote speaker or to be the next brand ambassador our celebrity speakers bureau can assist. If Nicholas Turturro’s booking fee is outside your companies budget or your unable to align with his appearance availability, our booking agents can provide you a list of talent that aligns with your event theme, budget and event date.

Nicholas Turturro, Jr. is an American film, television and prolific on-stage character actor, perhaps best known for his role as James Martinez on NYPD Blue from 1993 to 2000.

He garnered an Emmy nomination for playing Officer/Det./Sgt. James Martinez on the TV program NYPD Blue and was on the show for its first seven seasons. He also was a guest ring announcer at Wrestlemania XI for the main event of Shawn Michaels vs. Diesel. His list of credits include portraying Al Capone in The Young Indiana Jones Chronicles and playing the role of "Brucie" in The Longest Yard and "Renaldo" in I Now Pronounce You Chuck and Larry. In July 2009, Turturro began co-starring in the comedy web series Dusty Peacock on Crackle.