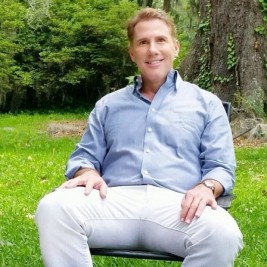 If your goal is to hire Nicholas Sparks to be your next keynote speaker or to be the next brand ambassador our celebrity speakers bureau can assist. If Nicholas Sparks’s booking fee is outside your companies budget or your unable to align with his appearance availability, our booking agents can provide you a list of talent that aligns with your event theme, budget and event date.

Nicholas Sparks is one of the world’s most beloved storytellers. All of his books have been New York Times bestsellers, with over 89 million copies in print worldwide, in over 50 languages, including over 50 million copies in the United States alone, and his popularity continues to soar.

Safe Haven, filmed in Southport, North Carolina is scheduled for release on February 14, 2013, and marks Sparks’s eighth film adaptation, following The Lucky One, Message in a Bottle, A Walk to Remember, The Notebook, Nights in Rodanthe, Dear John and The Last Song, which thus far have a cumulative worldwide gross of nearly three-quarters of a billion dollars.

Sparks lives in North Carolina with his family. He contributes to a variety of local and national charities, and is a major contributor to the Creative Writing Program (MFA) at the University of Notre Dame, where he provides scholarships, internships, and a fellowship annually. Along with his wife, he founded The Epiphany School in New Bern, North Carolina. As a former full scholarship athlete (he still holds a track and field record at the University of Notre Dame) he also spent four years coaching track and field athletes at the local public high school. In 2009, the team he coached at New Bern High School set a World Junior Indoor Record in the 4 x400 meter, in New York. The record still stands.

In 2011, Nicholas and his wife launched the Nicholas Sparks Foundation, a 501(c)(3) nonprofit committed to improving cultural and international understanding through global education experiences for students of all ages. Between the foundation, and the personal gifts of Nicholas and Catherine Sparks, more than $10 million dollars have been distributed to deserving charities, scholarship programs, and projects. Because Nicholas and Catherine Sparks cover all operational expenses of the foundation, 100% of donations are devoted to programs.

On April 19-22, 2012, he launched the inaugural Nicholas Sparks Celebrity Family Weekend and Golf Tournament in New Bern, North Carolina, a weekend devoted to raising awareness and funds for the Foundation. Sparks and his family hosted stars from the worlds of sports, music, movies and television, along with fans, for a full calendar of events, raising over $500,000.