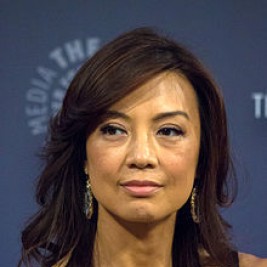 Book Ming-Na for a Speaking Engagement

Businesses, Non-profit organizations, event planners and companies across the country have worked closely with our booking agents to hire Ming-Na for a speaking engagements, guest appearances, product endorsements and corporate events. Many of those same clients have continued to turn to our speakers bureau as we can easily align Ming-Na’s availability with their upcoming seminar, gala, annual conference, corporate function, and grand opening. Our close relationship with Ming-Na’s booking agent and management team further enables us to provide inquiring clients with Ming-Na’s speaking fee and appearance cost.

If your goal is to hire Ming-Na to be your next keynote speaker or to be the next brand ambassador our celebrity speakers bureau can assist. If Ming-Na’s booking fee is outside your companies budget or your unable to align with his appearance availability, our booking agents can provide you a list of talent that aligns with your event theme, budget and event date.

Ming-Na is a Macau American actress. She has been credited with and without her family name, but most credits since the late 1990s have been without it.

She is known for voicing Fa Mulan, one of the Disney Princesses, in the films Mulan and Mulan II, the video game Kingdom Hearts II, and more recently on a guest appearance in the Disney animated series Sofia the First. She is also known for her role as Dr. Jing-Mei "Deb" Chen on the medical drama series ER.

She was the series lead of the show Inconceivable, a medical drama that was aired on NBC, but the show was short-lived. The show is one of the few American television shows with an Asian American series lead. She is also known for her roles on the main casts of the animated series The Batman and the sci-fi series Stargate Universe. As of 2013, she stars as Melinda May in the ABC action drama series Agents of S.H.I.E.L.D.

Besides television, she is notable for starring in the films The Joy Luck Club, Street Fighter, and Final Fantasy: The Spirits Within.