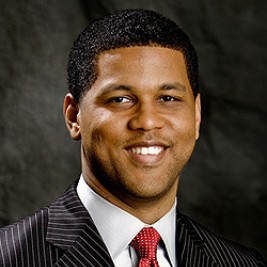 Businesses, Non-profit organizations, event planners and companies across the country have worked closely with our booking agents to hire Michael Smith for a speaking engagements, guest appearances, product endorsements and corporate events. Many of those same clients have continued to turn to our speakers bureau as we can easily align Michael Smith’s availability with their upcoming seminar, gala, annual conference, corporate function, and grand opening. Our close relationship with Michael Smith’s booking agent and management team further enables us to provide inquiring clients with Michael Smith’s speaking fee and appearance cost.

If your goal is to hire Michael Smith to be your next keynote speaker or to be the next brand ambassador our celebrity speakers bureau can assist. If Michael Smith’s booking fee is outside your companies budget or your unable to align with his appearance availability, our booking agents can provide you a list of talent that aligns with your event theme, budget and event date.

Michael Smith was born August 1, 1979 in New Orleans, Louisiana and is an NFL reporter for ESPN. In addition to being an NFL reporter, Smith is a senior writer for ESPN.com . He is a guest on the channel's Around the Horn and has won 85 times as of August 2008. He has also written for the Boston Globe.

Smith co-hosts His & Hers weekdays at noon ET on ESPN2 with Jemele Hill as well as the weekly His & Hers Podcast on ESPN Radio and iTunes. Smith also is a regular panelist on ESPN's Around the Horn.

Prior to joining ESPN on a full-time basis, Smith covered the New England Patriots and the NFL from 2001 to 2004 as a reporter for the Boston Globe. He then joined ESPN in September 2004 as a senior writer for ESPN.com and an NFL Insider for SportsCenter and NFL Live. He also offered reporting and commentary on various ESPN and ESPN2 studio shows, as well as for ESPN Radio. Smith was an original correspondent for E:60, which launched in 2007. In 2009 Smith transitioned to anchoring and guest hosting such programs as Mike & Mike, First Take, SportsNation, Outside the Lines, NFL Live, and College Football Live. From 2011 to 2014 he hosted Numbers Never Lie every weekday on ESPN2.