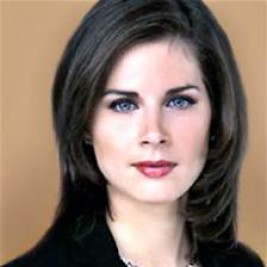 Businesses, Non-profit organizations, event planners and companies across the country have worked closely with our booking agents to hire Erin Burnett for a speaking engagements, guest appearances, product endorsements and corporate events. Many of those same clients have continued to turn to our speakers bureau as we can easily align Erin Burnett’s availability with their upcoming seminar, gala, annual conference, corporate function, and grand opening. Our close relationship with Erin Burnett’s booking agent and management team further enables us to provide inquiring clients with Erin Burnett’s speaking fee and appearance cost.

If your goal is to hire Erin Burnett to be your next keynote speaker or to be the next brand ambassador our celebrity speakers bureau can assist. If Erin Burnett’s booking fee is outside your companies budget or your unable to align with his appearance availability, our booking agents can provide you a list of talent that aligns with your event theme, budget and event date.

Erin Burnett was born July 2, 1976 and is an American journalist and news anchor, currently the anchor of her own news show on CNN, Erin Burnett OutFront. She was previously the co-anchor of CNBC's Squawk on the Street program and the host of CNBC's Street Signs program. Burnett has also appeared on NBC's Meet the Press, Today, MSNBC's Morning Joe, and NBC Nightly News as well as making occasional appearances on The Celebrity Apprentice, serving as an advisor to Donald Trump. She is a member of the Council on Foreign Relations. Burnett has hosted Erin Burnett OutFront live from the border of Mali, Afghanistan, Rwanda, the United Arab Emirates and Israel. She’s also reported from China and Pakistan for the program. While working at NBC, Joe Scarborough dubbed Burnett "The International Superstar" for her work on a number of documentaries filmed outside of the United States. Her reporting and documentaries were filmed inside Libya, Democratic Republic of the Congo, Nigeria, Russia, United Arab Emirates, Jordan, and India. In her career, she has focused extensively on reporting in the Middle East and has filed reports from Egypt, Iran, Iraq, Israel, Lebanon, Palestinian Territories, Saudi Arabia, Tunisia, Turkey, United Arab Emirates, and Yemen, in addition to Pakistan.