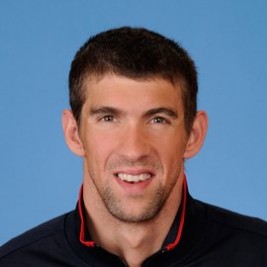 Businesses, Non-profit organizations, event planners and companies across the country have worked closely with our booking agents to hire Michael Phelps for a speaking engagements, guest appearances, product endorsements and corporate events. Many of those same clients have continued to turn to our speakers bureau as we can easily align Michael Phelps’s availability with their upcoming seminar, gala, annual conference, corporate function, and grand opening. Our close relationship with Michael Phelps’s booking agent and management team further enables us to provide inquiring clients with Michael Phelps’s speaking fee and appearance cost.

If your goal is to hire Michael Phelps to be your next keynote speaker or to be the next brand ambassador our celebrity speakers bureau can assist. If Michael Phelps’s booking fee is outside your companies budget or your unable to align with his appearance availability, our booking agents can provide you a list of talent that aligns with your event theme, budget and event date.

Michael Phelps is unarguably the most accomplished American swimmer of all time. Rewriting the record books in his Olympic performances, Phelps has won a total of 14 gold medals, the most by any Olympian in any sport. Additionally, Phelps is a 23-time World Record holder, a 17-time World Champion, three-time Olympic record holder, and a 19-time American record holder.

At the 2008 Beijing Olympics, Phelps took home eight gold medals. Every one of his gold medal performances set a new world record, except the 100-meter butterfly which registered as an Olympic record. In Beijing, Phelps made headlines after claiming the all-time single Olympics gold medal record, surpassing Mark Spitzs 1972 record of seven gold medals.

Phelps became an American icon at the 2004 Olympic Games in Athens where he won eight medals (including six gold medals and two bronze); the first Olympian since 1980 to win eight medals in a single Olympics.

As the most decorated swimmer in World Championship history, Phelps sponsors include Speedo, VISA, Omega, Proctor & Gamble, Rosetta Stone, PowerBar and AT&T. On a mission to continually help the popularity of swimming grow, Phelps has played an integral role in the creation of SwimRoom.com, the sports first social networking site, where swimmers across the globe have a place to regularly communicate and share ideas.

He also co-starred in Unfiltered, the first behind-the-scenes documentary in the sport of swimming. The film details the life, friendship and rivalry of Phelps and fellow Olympian Ian Crocker. Phelps recently released Personal Best-Butterfly, a high-definition instructional video with longtime coach Bob Bowman. In addition, Phelps co-founded Swim with the Stars (S.W.T.S.), the first-ever post-Olympic swimming tour. S.W.T.S. has traveled across the country promoting swimming and conducting camps for swimmers of all ages.

Phelps has been featured in national commercials with NBC Sports, Visa, Omega, Argent and AT&T Wireless. He appeared in the season finale of The Apprentice 3, was a celebrity judge of the 2005 Miss USA Pageant, and was a presenter at the 2007 ESPYs.

Adding to his list of personal accomplishments, Phelps was named one of Chinas World Top Ten Athletes, the 2004 USOC Sportsman of the Year, and the 2004 Sullivan Award Recipient. He was also recognized by the International Amateur Athletic Association as the 24th Annual American International Athlete and was the 2003 USSA Male Athlete of the Year.

As the National spokesman for the Boys & Girls Clubs, Phelps was featured in the Wheres Your Card TV and print PSA campaigns. Phelps is also an honorary member of the B&G Club of Harford County (Maryland).