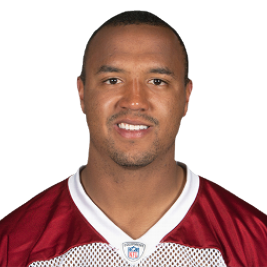 Businesses, Non-profit organizations, event planners and companies across the country have worked closely with our booking agents to hire Michael Floyd for a speaking engagements, guest appearances, product endorsements and corporate events. Many of those same clients have continued to turn to our speakers bureau as we can easily align Michael Floyd’s availability with their upcoming seminar, gala, annual conference, corporate function, and grand opening. Our close relationship with Michael Floyd’s booking agent and management team further enables us to provide inquiring clients with Michael Floyd’s speaking fee and appearance cost.

If your goal is to hire Michael Floyd to be your next keynote speaker or to be the next brand ambassador our celebrity speakers bureau can assist. If Michael Floyd’s booking fee is outside your companies budget or your unable to align with his appearance availability, our booking agents can provide you a list of talent that aligns with your event theme, budget and event date.

Michael Floyd was born November 27, 1989 and is an American football wide receiver for the Arizona Cardinals of the National Football League (NFL). He was drafted by the Cardinals in the first round of the 2012 NFL Draft. He played college football at Notre Dame.

As a true freshman at Notre Dame, Floyd played in 11 of Notre Dame's 13 games on the year, only missing the final two games of the regular season (Syracuse and USC) due to an injury sustained early (third play of the game) against Navy. He recorded seven touchdown receptions on the year, breaking the record for an Irish rookie (previously held by teammate Duval Kamara's four TDs in 2007), while catching 48 balls to break another Notre Dame freshman record in receptions (Kamara had 32 in 2007). His 719 receiving yards set the mark for Notre Dame first-year players (Tony Hunter had 690 in 1979).

Floyd began the 2012 NFL season as a backup wide receiver. He did not record any stats in the team's first two games against Seattle and New England. Floyd's first career reception was a juggling 8-yard touchdown off a deflected pass in a 27-6 win against Philadelphia. As the season progressed, Floyd began to receive increased targets and playing time. He caught 5 passes for 80 yards in a loss at Green Bay, both of which were career highs at the time. He had the best statistical game of his career in the Cardinals' season finale against the 49ers, where he had 8 receptions (on 14 targets) for 166 yards and a touchdown. Arizona did not make the playoffs, so Floyd ended his first career NFL season with 45 receptions for 562 yards and 2 touchdowns.