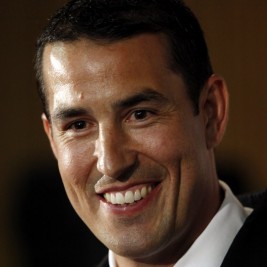 Businesses, Non-profit organizations, event planners and companies across the country have worked closely with our booking agents to hire Luke Fickell for a speaking engagements, guest appearances, product endorsements and corporate events. Many of those same clients have continued to turn to our speakers bureau as we can easily align Luke Fickell’s availability with their upcoming seminar, gala, annual conference, corporate function, and grand opening. Our close relationship with Luke Fickell’s booking agent and management team further enables us to provide inquiring clients with Luke Fickell’s speaking fee and appearance cost.

If your goal is to hire Luke Fickell to be your next keynote speaker or to be the next brand ambassador our celebrity speakers bureau can assist. If Luke Fickell’s booking fee is outside your companies budget or your unable to align with his appearance availability, our booking agents can provide you a list of talent that aligns with your event theme, budget and event date.

Luke Fickell was born August 18, 1973 and is a football coach and former player. He is currently the interim head football coach at The Ohio State University. Fickell previously served as co-defensive coordinator and linebackers coach for the Buckeyes.

After his brief stint in the NFL, Fickell returned to his alma mater as a graduate assistant with the Buckeyes in 1999 under his former coach, John Cooper. In 2000, Fickell was hired by the University of Akron as the Defensive Line Coach. After two seasons with the Zips, he returned to Ohio State once again in 2002, this time as the Special Teams coordinator under second-year head coach, Jim Tressel.[4] In 2004, Fickell took over as the Linebackers coach, adding the title Co-Defensive coordinator to his responsibilities in 2005. In 2010, He was named Assistant Coach of the Year by the AFCA, joining a list of Buckeyes coaches to be recognized by the association that also includes Carroll Widdoes, Woody Hayes, Earle Bruce and Jim Tressel.

Fickell was promoted to the position of assistant head coach and was to serve as the interim head coach during Jim Tressel's five game suspension to open the 2011 season. However, just two months later on May 30, 2011, Fickell was appointed head coach for the entire 2011 season after Tressel resigned amid NCAA investigations pertaining to monetary benefits to players.