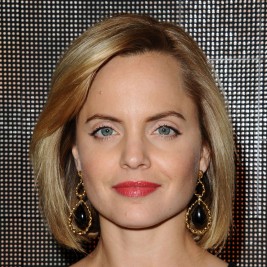 Businesses, Non-profit organizations, event planners and companies across the country have worked closely with our booking agents to hire Mena Suvari for a speaking engagements, guest appearances, product endorsements and corporate events. Many of those same clients have continued to turn to our speakers bureau as we can easily align Mena Suvari’s availability with their upcoming seminar, gala, annual conference, corporate function, and grand opening. Our close relationship with Mena Suvari’s booking agent and management team further enables us to provide inquiring clients with Mena Suvari’s speaking fee and appearance cost.

If your goal is to hire Mena Suvari to be your next keynote speaker or to be the next brand ambassador our celebrity speakers bureau can assist. If Mena Suvari’s booking fee is outside your companies budget or your unable to align with his appearance availability, our booking agents can provide you a list of talent that aligns with your event theme, budget and event date.

Suvari was born in Newport, Rhode Island. By the age of 12, Mena was modeling and starred in a Rice-a-Roni commercial by 13. By age 16, she was making appearances in television shows such as Boy Meets World and ER.

In 1999, Mena starred in the critically acclaimed American Beauty and the popular American Pie. She followed these movies with roles in such movies as Loser (2000), The Musketeer (2001), and Spun (2002).

She married German-born cinematographer Robert Brinkmann on March 18, 2000. The marriage was notable as Brinkmann is 18 years older than Suvari. However, Suvari filed for legal separation from Brinkmann on April 24, 2005, citing irreconcilable differences. The two divorced in May of the same year. In Summer 2005, she began dating breakdancer Mike "Murda" Carrasco.

Mena also plays on the World Poker Tour in the Hollywood Home games for the Starlight Children's Foundation charity.

In 2006, she took the voice role of Aerith Gainsborough in the Square-Enix/Disney video game Kingdom Hearts II, as well as the English-language version of Square-Enix's Final Fantasy VII: Advent Children.