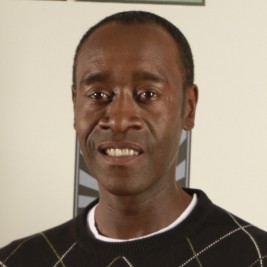 Businesses, Non-profit organizations, event planners and companies across the country have worked closely with our booking agents to hire Don Cheadle for a speaking engagements, guest appearances, product endorsements and corporate events. Many of those same clients have continued to turn to our speakers bureau as we can easily align Don Cheadle’s availability with their upcoming seminar, gala, annual conference, corporate function, and grand opening. Our close relationship with Don Cheadle’s booking agent and management team further enables us to provide inquiring clients with Don Cheadle’s speaking fee and appearance cost.

If your goal is to hire Don Cheadle to be your next keynote speaker or to be the next brand ambassador our celebrity speakers bureau can assist. If Don Cheadle’s booking fee is outside your companies budget or your unable to align with his appearance availability, our booking agents can provide you a list of talent that aligns with your event theme, budget and event date.

He first became well-known for playing the district attorney on the television series Picket Fences. Since then he has appeared in films including Rosewood, The Family Man, Out of Sight, Traffic, and the 2001 version of Ocean's Eleven. These last three were directed by Steven Soderbergh, who has said that Cheadle is one of his favorite actors to work with.

In 2005, Cheadle was nominated for the Academy Award for Best Actor for his portrayal of Paul Rusesabagina in Hotel Rwanda, a story about a Hutu hotel manager in Rwanda who sheltered hundreds of Tutsis and other refugees from murderous militias during the Rwandan genocide in mid-1994. He also starred in, and was one of the producers of Crash, which won the 2006 Academy Award for Best Picture.

Cheadle will make his directorial debut with the adaptation of Elmore Leonard's Tishomingo Blues. He also appeared in NFL commercials promoting the Super Bowl from 2002-2005.

Cheadle has been in a relationship with actress Bridgid Coulter since the early-90s; they have two daughters, Ayana and Imani.