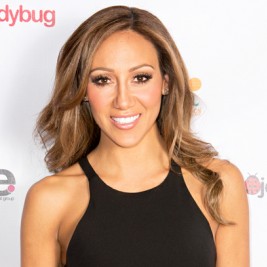 Businesses, Non-profit organizations, event planners and companies across the country have worked closely with our booking agents to hire Melissa Gorga for a speaking engagements, guest appearances, product endorsements and corporate events. Many of those same clients have continued to turn to our speakers bureau as we can easily align Melissa Gorga’s availability with their upcoming seminar, gala, annual conference, corporate function, and grand opening. Our close relationship with Melissa Gorga’s booking agent and management team further enables us to provide inquiring clients with Melissa Gorga’s speaking fee and appearance cost.

If your goal is to hire Melissa Gorga to be your next keynote speaker or to be the next brand ambassador our celebrity speakers bureau can assist. If Melissa Gorga’s booking fee is outside your companies budget or your unable to align with his appearance availability, our booking agents can provide you a list of talent that aligns with your event theme, budget and event date.

Melissa Gorga was born March 21, 1979 and is an American reality television personality and aspiring singer. She is best known for being a member of The Real Housewives of New Jersey. She joined the show with her husband's cousin Kathy Wakile in its third season. The show also features her sister-in-law Teresa Giudice with whom she has had several public and on screen fights.

Melissa joined the Housewives in its third season. Melissa has also successfully parlayed her fame from Real Housewives into a music career. Her single, "On Display", was released on iTunes dance chart selections on August 13, 2011 to mixed critical reviews. Gorga has stated that she continues to work on her music and has released several new singles, which have been previewed on several season four episodes, as well as a four-track EP. As of July 5, 2012, she has released two additional singles on iTunes: "How Many Times", released April 29, 2012, and "Rockstar", released June 10, 2012. Her fourth single "I Just Wanna" was released September 2012. Written by, and featuring hip hop singer Santino Noir, "I Just Wanna" has been Melissa's most successful release to date, as well as her first foray in to music videos. Melissa is a celebrity spokesperson, along with music superstars Pitbull and Fergie, for Voli Light Vodka, which bills itself as "the world's first low-calorie vodka".