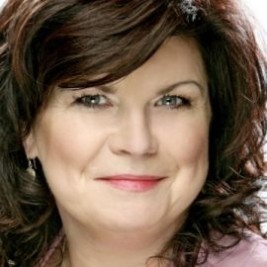 If your goal is to hire Elaine C. Smith to be your next keynote speaker or to be the next brand ambassador our celebrity speakers bureau can assist. If Elaine C. Smith’s booking fee is outside your companies budget or your unable to align with his appearance availability, our booking agents can provide you a list of talent that aligns with your event theme, budget and event date.

Elaine C. Smith is one of Scotland’s best known actresses and comedy entertainers. She has starred in numerous roles in popular television comedy series such as "City Lights" and "Naked Video" but is perhaps best known for her role as Mary Nesbitt in the BBC sitcom "Rab C. Nesbitt." Launched in 1990 and set in Glasgow, the show was a cult hit, and ran for nine years on BBC2. The show was revived for a one-off Christmas special in 2008 and a new series was filmed the following year.

Smith has appeared in the BBC dramas "Two Thousand Acres of Sky" and "55 Degrees North," performed alongside Helena Bonham Carter in the British film "Women Talking Dirty," and toured Scotland with her stand-up comedy shows "Elaine with Attitude" and "Hormonally Driven," both the basis for a highly successful TV series "Elaine" for BBC Scotland.

She has consistently headlined in Scotland’s pantomimes such as Aladdin, Mother Goose and Sleeping Beauty at the King’s Theatre, Glasgow. More recently, she has appeared in her own seasonal show "12 Nights of Christmas" at the Oran Mor, Glasgow.

2011 sees her return to His Majesty’s Theatre, Aberdeen to appear in "Jack and the Beanstalk," her third pantomime in Aberdeen.

Smith has also toured Scotland in drama productions, notably with Andy Gray in "The Woman Who Cooked Her Husband," "Two and The Rise" and "Fall of Little Voice." Other notable Scottish theatre roles include "Guys and Dolls" and "Shirley Valentine." She has also performed in new works at the Tron Theatre, Glasgow and the Traverse Theatre, Edinburgh.

In September 2008 she began touring the UK in a stage version of the hit British film "Calendar Girls," along with Lynda Bellingham, Patricia Hodge, Siân Phillips, Gaynor Faye and Brigit Forsyth. The show opened in London’s West End at the Noel Coward Theatre in April 2009. The original cast left the show at the end of July 2009 but Smith returned in a different role as part of a national tour in 2010.

Shed play Susan Boyle in a musical stage show, “I Dreamed a Dream,” which began UK touring in the spring of 2012.

In January 2011, she appeared in an edition of "Celebrity Mastermind," coming second in the programme.

Some of her other recent TV appearances include a guest spot in Jennifer Saunders’ "The Life and Times of Vivian Vyle," guest on "Loose Women," "The Wright Stuff" and "The Paul O’Grady Show."

In late 2009 her autobiography “Nothing Like a Dame” was published.

Until 2009, Smith wrote a weekly column in the Sunday Mail newspaper.