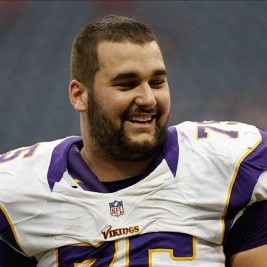 Businesses, Non-profit organizations, event planners and companies across the country have worked closely with our booking agents to hire Matt Kalil for a speaking engagements, guest appearances, product endorsements and corporate events. Many of those same clients have continued to turn to our speakers bureau as we can easily align Matt Kalil’s availability with their upcoming seminar, gala, annual conference, corporate function, and grand opening. Our close relationship with Matt Kalil’s booking agent and management team further enables us to provide inquiring clients with Matt Kalil’s speaking fee and appearance cost.

If your goal is to hire Matt Kalil to be your next keynote speaker or to be the next brand ambassador our celebrity speakers bureau can assist. If Matt Kalil’s booking fee is outside your companies budget or your unable to align with his appearance availability, our booking agents can provide you a list of talent that aligns with your event theme, budget and event date.

Matt Kalil was born July 6, 1989 and is an American football offensive tackle for the Minnesota Vikings.

After redshirting his initial year at USC, Kalil served as backup to Tyron Smith at right tackle. He started against Boston College and performed well, and saw limited action in 11 other games (all but Arizona State) and played primarily on special teams. In his sophomore year, Kalil beat Smith to replace Charles Brown at left tackle, where he started all 13 games. He also played on the defensive line for special teams and blocked a point after touchdown against Notre Dame.

As a junior, Kalil retained his starting left tackle spot, helping the Trojans average 456.8 yards of total offense. The Trojans' offensive line only allowed an FBS-low eight sacks of quarterback Matt Barkley, none of which were allowed by Kalil. For his effort, Kalil was named to several All-American teams, while also becoming the 12th Trojan offensive lineman to win the Morris Trophy. Kalil was also semifinalist for the 2011 Lombardi Award.

Already after his sophomore year, Kalil was regarded as the best offensive tackle prospect for the 2012 NFL Draft. He declared for the draft on December 16. After a strong performance at the NFL Combine, Kalil was projected to be the No. 3 draft pick by the Minnesota Vikings. The Vikings eventually selected Kalil, but not until trading down to the No. 4 spot. They had not selected an offensive lineman in the first round since Bryant McKinnie in 2002. Kalil was USC's fifth offensive lineman selected in the top-5 of an NFL Draft, after Ron Yary in 1968, Marvin Powell in 1977, Anthony Muñoz in 1980, and Tony Boselli in 1995. With Tyron Smith having been selected ninth overall in 2011, it also made USC the first school with consecutive top-10 selected offensive lineman since Texas' Leonard Davis (2001) and Mike Williams (2002).