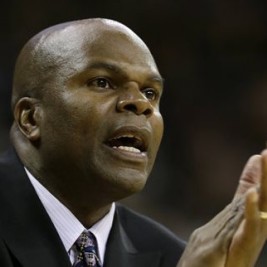 Businesses, Non-profit organizations, event planners and companies across the country have worked closely with our booking agents to hire Marty Wilson for a speaking engagements, guest appearances, product endorsements and corporate events. Many of those same clients have continued to turn to our speakers bureau as we can easily align Marty Wilson’s availability with their upcoming seminar, gala, annual conference, corporate function, and grand opening. Our close relationship with Marty Wilson’s booking agent and management team further enables us to provide inquiring clients with Marty Wilson’s speaking fee and appearance cost.

If your goal is to hire Marty Wilson to be your next keynote speaker or to be the next brand ambassador our celebrity speakers bureau can assist. If Marty Wilson’s booking fee is outside your companies budget or your unable to align with his appearance availability, our booking agents can provide you a list of talent that aligns with your event theme, budget and event date.

Marty Wilson was born October 17, 1966 and is an American college basketball coach and is the current head coach for the Pepperdine University. He is an alumnus of the same university.

Wilson left Malibu but stayed in Southern California for the next several years, spending two seasons (1996-97 and 1997-98) as an assistant coach at San Diego, where he was also the recruiting coordinator under head coach Brad Holland.

He spent the next six seasons (1999-2004) at UC Santa Barbara, and was the top assistant for Bob Williams as the Gauchos averaged 18 wins a season during his last three years there. UCSB won the Big West Conference’s West Division in 1999, captured the Big West Tournament title and advanced to the NCAA Tournament in 2002 and won the Big West regular-season title and made an appearance in the NIT in 2003.

Prior to his return to Pepperdine, Wilson was an assistant for four seasons (2005-08) at Utah under head coaches Ray Giacoletti and Jim Boylen. During his first season with Boylen, the Utes went 29-6, won the Mountain West Conference’s regular-season title, advanced to the NCAA Tournament’s Sweet Sixteen and finished the year ranked 18th nationally by the Associated Press.

He was hired back at Pepperdine in February 2008 as the associate head coach with the intention that he would eventually move into the head coaching position once Asbury retired.