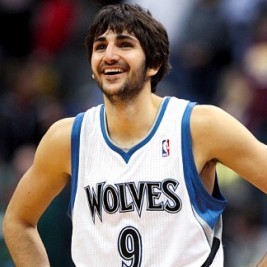 Businesses, Non-profit organizations, event planners and companies across the country have worked closely with our booking agents to hire Ricky Rubio for a speaking engagements, guest appearances, product endorsements and corporate events. Many of those same clients have continued to turn to our speakers bureau as we can easily align Ricky Rubio’s availability with their upcoming seminar, gala, annual conference, corporate function, and grand opening. Our close relationship with Ricky Rubio’s booking agent and management team further enables us to provide inquiring clients with Ricky Rubio’s speaking fee and appearance cost.

If your goal is to hire Ricky Rubio to be your next keynote speaker or to be the next brand ambassador our celebrity speakers bureau can assist. If Ricky Rubio’s booking fee is outside your companies budget or your unable to align with his appearance availability, our booking agents can provide you a list of talent that aligns with your event theme, budget and event date.

Ricky Rubio was born October 21, 1990 and is a Spanish professional basketball player for the Minnesota Timberwolves of the National Basketball Association. Rubio became the youngest player ever to play in the Spanish ACB League on October 15, 2005, at age 14. He made his Euroleague debut on October 24, 2006, at age 16, becoming the first player born in the 1990s to play in a Euroleague game. On June 25, 2009, he was drafted with the fifth pick in the first round of the 2009 NBA Draft by the Timberwolves, making him the first player born in the 1990s to be drafted by the NBA. The Timberwolves had an agreement in principle with his former Spanish team, DKV Joventut, to buy out his contract, but Rubio backed out of the deal.

Rubio won the 2008 Mr. Europa Award, which is given out yearly by the Italian Superbasket Magazine. In 2009, his club Badalona raised the amount of money that his contract paid per year from 80,000 euros net income to 300,000 euros net income. He was named the Defensive Player of the Year for the Spanish ACB League 2008–09 season, and he also led the league in steals that season. Rubio declared himself eligible for the 2009 NBA Draft on April 20, 2009. Rubio's agent is Dan Fegan.

On August 31, 2009, Joventut traded the rights to Rubio to FC Barcelona, and Rubio signed a six-year contract with FC Barcelona the following day. On May 31, 2011, Rubio reached an agreement with Minnesota to join the Timberwolves for the 2011–12 NBA season.