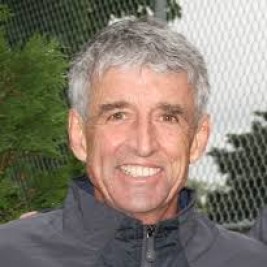 Businesses, Non-profit organizations, event planners and companies across the country have worked closely with our booking agents to hire Marty Liquori for a speaking engagements, guest appearances, product endorsements and corporate events. Many of those same clients have continued to turn to our speakers bureau as we can easily align Marty Liquori’s availability with their upcoming seminar, gala, annual conference, corporate function, and grand opening. Our close relationship with Marty Liquori’s booking agent and management team further enables us to provide inquiring clients with Marty Liquori’s speaking fee and appearance cost.

If your goal is to hire Marty Liquori to be your next keynote speaker or to be the next brand ambassador our celebrity speakers bureau can assist. If Marty Liquori’s booking fee is outside your companies budget or your unable to align with his appearance availability, our booking agents can provide you a list of talent that aligns with your event theme, budget and event date.

Liquori rose to fame when he became the third American high schooler to break the four-minute mile by running a 3:59.8 in 1967, three years after Jim Ryun first did it. He grew up in Cedar Grove, New Jersey and attended Essex Catholic High School. After high school, Liquori enrolled at Villanova University. There he was coached by Jumbo Elliott. Liquori made the U.S. Olympic team in 1968 as a nineteen-year-old freshman. He reached the finals of the 1,500 meter run but suffered a stress fracture and finished 12th. He was the youngest person ever to compete in the final.

In 1969, he finished second to Ryun in the NCAA indoor mile, then won the NCAA and AAU outdoor mile championships by turning the tables on Ryun and beating him. He repeated the AAU outdoor in 1970 and had his best year in 1971, winning the NCAA and AAU outdoor titles, and a gold medal in the 1,500 m at the Pan-American Games. In 1969 and 1971 he was ranked number 1 in the world for 1500 meters/mile. In 1977 he was ranked number 1 in 5000 meters and set a U.S. record of 13:15.1 while finishing second to Miruts Yifter in the inaugural World Cup. On May 16, 1971, Liquori lowered his personal best to 3:54.6 in the Dream Mile in Philadelphia and beat Ryun by a few steps.

He has written an autobiography, On The Run, and he also wrote Guide to the Elite Runner and Home Gym Workout. He was a founder of The Athlete Attic Footwear chain in 1971.

Liquori lives in Gainesville, Florida. He does commentary for NBC at the Olympics and at various track and triathlon events around the country. Liquori was diagnosed with chronic lymphocytic leukemia (CLL), which is now in remission. He picked up the guitar after a 35-year hiatus and is currently a professional jazz guitarist and now performs Monday and Thursday nights with various ensembles at Leonardo's 706, a self-promoting Gainesville restaurant.