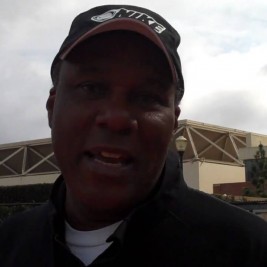 Businesses, Non-profit organizations, event planners and companies across the country have worked closely with our booking agents to hire Bob Kersee for a speaking engagements, guest appearances, product endorsements and corporate events. Many of those same clients have continued to turn to our speakers bureau as we can easily align Bob Kersee’s availability with their upcoming seminar, gala, annual conference, corporate function, and grand opening. Our close relationship with Bob Kersee’s booking agent and management team further enables us to provide inquiring clients with Bob Kersee’s speaking fee and appearance cost.

If your goal is to hire Bob Kersee to be your next keynote speaker or to be the next brand ambassador our celebrity speakers bureau can assist. If Bob Kersee’s booking fee is outside your companies budget or your unable to align with his appearance availability, our booking agents can provide you a list of talent that aligns with your event theme, budget and event date.

Bob Kersee is widely regarded as one of the world's premier track and field coaches. Kersee was named 2005 USATF Nike Coach of the Year after two of his athletes won gold at the World Championships in Helsinki, Finlan.

Valerie Brisco, Greg Foster and Andre Phillips are other top Kersee-coached athletes who won numerous gold and silver medals at the XXIIIrd Olympiad in Los Angeles and then in Seoul. Devers also had outstanding Olympic performances in Atlanta in 1996 and Barcelona in 1992. In Atlanta, Devers won the gold medal in the 100m for the second consecutive Olympics (making her the fourth straight Bruin to win that event; Florence Griffith Joyner in 1988 and Evelyn Ashford in 1984) and won another gold, running the second leg on the victorious U. S. 4 X 100m relay.