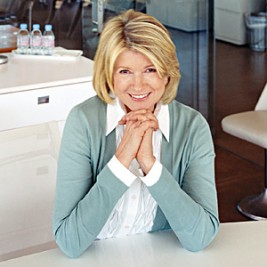 Businesses, Non-profit organizations, event planners and companies across the country have worked closely with our booking agents to hire Martha Stewart for a speaking engagements, guest appearances, product endorsements and corporate events. Many of those same clients have continued to turn to our speakers bureau as we can easily align Martha Stewart’s availability with their upcoming seminar, gala, annual conference, corporate function, and grand opening. Our close relationship with Martha Stewart’s booking agent and management team further enables us to provide inquiring clients with Martha Stewart’s speaking fee and appearance cost.

If your goal is to hire Martha Stewart to be your next keynote speaker or to be the next brand ambassador our celebrity speakers bureau can assist. If Martha Stewart’s booking fee is outside your companies budget or your unable to align with his appearance availability, our booking agents can provide you a list of talent that aligns with your event theme, budget and event date.

Following her release from prison in March 2005, Stewart launched a highly publicized comeback, and was once again involved in Martha Stewart Living. Offerings of her company's Martha Stewart Everyday line at Kmart were expanded to include a new line of ready-made home furnishings, and its mass market interior paint line became available at the larger Sears stores. However, the most heavily promoted aspect of her comeback was in television. Stewart returned to daytime television with The Martha Stewart Show and appeared in an adapted version of The Apprentice (called The Apprentice: Martha Stewart). Both shows premiered in September 2005, and both were produced by Mark Burnett.

In 2011, Stewart was inducted into the New Jersey Hall of Fame.