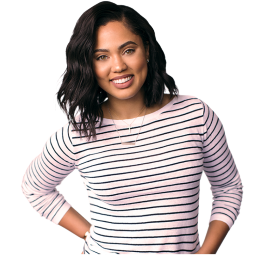 Businesses, Non-profit organizations, event planners and companies across the country have worked closely with our booking agents to hire Ayesha Curry for a speaking engagements, guest appearances, product endorsements and corporate events. Many of those same clients have continued to turn to our speakers bureau as we can easily align Ayesha Curry’s availability with their upcoming seminar, gala, annual conference, corporate function, and grand opening. Our close relationship with Ayesha Curry’s booking agent and management team further enables us to provide inquiring clients with Ayesha Curry’s speaking fee and appearance cost.

If your goal is to hire Ayesha Curry to be your next keynote speaker or to be the next brand ambassador our celebrity speakers bureau can assist. If Ayesha Curry’s booking fee is outside your companies budget or your unable to align with his appearance availability, our booking agents can provide you a list of talent that aligns with your event theme, budget and event date.

Ayesha Curry is a Canadian–American actress, celebrity cook, cookbook author, and television personality. After guest roles in several television shows and movies, she began hosting her own show, Ayesha's Homemade (a.k.a. Ayesha's Home Kitchen), on Food Network. Despite not having any professional chef training, her culinary career started in 2014, when she prepared her first meal as a YouTube demonstration on her channel Little Lights of Mine. Curry is the author of several videos on her channel Little Lights of Mine and has written one cookbook The Seasoned Life published in 2016.

Prior to her marriage to NBA basketball player Stephen Curry, Ayesha was an actress, known for Underground Street Flippers (2009), Dan's Detour of Life (2008), Love for Sale (2008), and guest roles in several television shows. The idea of channeling her childhood passion for food into a career did not occur to Curry until she started building a family. Her husband encouraged her to start a blog, so she has become a presenter of cooking and lifestyle tips, first on her own YouTube channel and later on her Food Network show Ayesha's Homemade. Her company Little Lights of Mine sells its own brand of extra virgin olive oil, and 10% of all proceeds are donated to the charity No Kid Hungry. In addition to her written recipes, Curry often posts instructional cooking videos on her YouTube channel.

In 2016, Curry collaborated with chef Michael Mina in The Mina Test Kitchen of International Smoke, a Bay Area pop-up restaurant, and released her cookbook "The Seasoned Life." She also began starring in Ayesha's Homemade, which follows her professional and personal life with cameos from her husband and two daughters. The first season ran for six episodes. A second season of six episodes, named Ayesha's Home Kitchen premiered on Food Network in April 30, 2017.