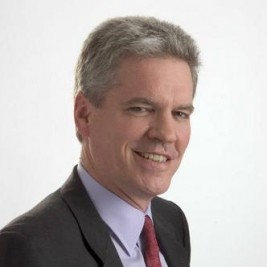 Businesses, Non-profit organizations, event planners and companies across the country have worked closely with our booking agents to hire Mark Walsh for a speaking engagements, guest appearances, product endorsements and corporate events. Many of those same clients have continued to turn to our speakers bureau as we can easily align Mark Walsh’s availability with their upcoming seminar, gala, annual conference, corporate function, and grand opening. Our close relationship with Mark Walsh’s booking agent and management team further enables us to provide inquiring clients with Mark Walsh’s speaking fee and appearance cost.

If your goal is to hire Mark Walsh to be your next keynote speaker or to be the next brand ambassador our celebrity speakers bureau can assist. If Mark Walsh’s booking fee is outside your companies budget or your unable to align with his appearance availability, our booking agents can provide you a list of talent that aligns with your event theme, budget and event date.

Mark Walsh was born in 1954 and is an American entrepreneur, venture capitalist, and political activist. Walsh graduated from Union College in 1976. Walsh started his career as a television newscaster at a West Virginia CBS affiliate. He held this position for two years before leaving to pursue an MBA at the Harvard Business School, which he received in 1980. After graduating from Harvard, Walsh worked for four years as a director of New Business Development at HBO. In 1994, Walsh became president of GEnie, General Electric's online service. Walsh became a senior vice-president at AOL in 1995. While at AOL, Walsh oversaw AOL Enterprise, its business-to-business division. In 1997, Walsh joined VerticalNet, a business-to-business portal provider, as its CEO. Under Walsh's leadership, VerticalNet went public on the NASDAQ in 1999. Walsh is the managing partner of Ruxton Ventures, LLC, a private equity and investment firm he founded in early 2001. In 2005, Walsh became a senior executive fellow at the University of Maryland's Dingman Center for Entrepreneurship. As of 2008, Walsh is the CEO, founder, and chairman of GeniusRocket, a provider of crowdsourced advertising media. Walsh has been active in Bipartisan policy and liberal politics. He was named to the Board of Directors of the Bipartisan Policy Center in Washington D.C., a pioneering think-tank founded by four former heads of the US Senate, Tom Daschle, George Mitchell, Howard Baker and Bob Dole. Walsh was recently named National Board Chairman of the New Leaders Council, a major leadership training institution for young progressive talent. In 2004, Walsh served as CEO of Progress Media, parent organization of Air America Radio. Walsh also served as the Chief Technology Advisor to the Democratic National Committee during 2001 and 2002, and as the Head of Internet Strategy for John Kerry for President. In 2006, Walsh took began serving as co-host of XM Satellite Radio's Left Jab, a weekly political radio show.