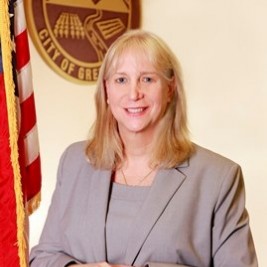 Businesses, Non-profit organizations, event planners and companies across the country have worked closely with our booking agents to hire Susan Stanton for a speaking engagements, guest appearances, product endorsements and corporate events. Many of those same clients have continued to turn to our speakers bureau as we can easily align Susan Stanton’s availability with their upcoming seminar, gala, annual conference, corporate function, and grand opening. Our close relationship with Susan Stanton’s booking agent and management team further enables us to provide inquiring clients with Susan Stanton’s speaking fee and appearance cost.

If your goal is to hire Susan Stanton to be your next keynote speaker or to be the next brand ambassador our celebrity speakers bureau can assist. If Susan Stanton’s booking fee is outside your companies budget or your unable to align with his appearance availability, our booking agents can provide you a list of talent that aligns with your event theme, budget and event date.

She grew up in the Catskills of New York. Stanton was married to Donna Becker and they have a teenaged son named Travis. Stanton became the subject of national and international media attention in February 2007 after disclosing that she is transgender pursuing sex reassignment, leading Largo city commissioners to initiate the process of ending her contract as city manager, a decision which Stanton was appealing.

After her termination from the City of Largo, Stanton had her name legally changed to Susan Ashley Stanton. Stanton decided to continue her long professional career in public policy and politics while undergoing gender transition. Stanton appeared in public for the first time as a woman on May 9, 2007. Stanton lobbied Congress on behalf of laws to protect gay and transgender people from employment discrimination. Stanton testified before Congress, appeared on TV with Larry King and Montel Williams and became the somewhat reluctant face of the transgender-equality movement. Susan applied for more than 100 positions in city management, but had interviewed in less than half a dozen cities. Atlanta's Gay Pride Parade asked Stanton to be grand marshal. A Chicago transgender convention invited her to speak. The City of Sarasota named Stanton a finalist for its city manager job. Stanton was eventually named third for the position as city manager in Sarasota, FL, but didn't get the job.