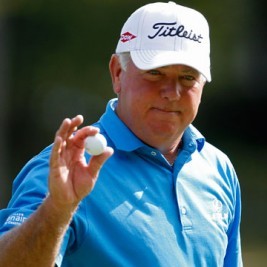 Businesses, Non-profit organizations, event planners and companies across the country have worked closely with our booking agents to hire Mark O'Meara for a speaking engagements, guest appearances, product endorsements and corporate events. Many of those same clients have continued to turn to our speakers bureau as we can easily align Mark O'Meara’s availability with their upcoming seminar, gala, annual conference, corporate function, and grand opening. Our close relationship with Mark O'Meara’s booking agent and management team further enables us to provide inquiring clients with Mark O'Meara’s speaking fee and appearance cost.

If your goal is to hire Mark O'Meara to be your next keynote speaker or to be the next brand ambassador our celebrity speakers bureau can assist. If Mark O'Meara’s booking fee is outside your companies budget or your unable to align with his appearance availability, our booking agents can provide you a list of talent that aligns with your event theme, budget and event date.

Mark O'Meara was born January 13, 1957 and is an American professional golfer who was a prolific tournament winner on the PGA Tour and around the world from the mid 1980s to the late 1990s. He spent nearly 200 weeks in the top-10 of the Official World Golf Rankings from their debut in 1986 to 2000. O'Meara was born in Goldsboro, North Carolina, but grew up in southern California in Mission Viejo. He took up golf at age 13, sneaking on to the nearby Mission Viejo Country Club. O'Meara later became an employee of the club and played on his high school golf team. He was an All-American at Long Beach State, and won the U.S. Amateur in 1979, defeating John Cook. He also won the California State Amateur Championship that year. After graduating with a degree in marketing in 1980, O'Meara turned professional and would win 16 events on the PGA Tour, beginning with the Greater Milwaukee Open in 1984. He won the AT&T Pebble Beach National Pro-Am five times, but he passed his 41st birthday in January 1998 without having won a major championship as a professional. In a late finale to his PGA Tour winning career, O'Meara won two majors in 1998, The Masters and the British Open. O'Meara's victory in the The Masters came at his 15th attempt, which is still a record. O'Meara attributed this resurgence partly to the inspiration of working with Tiger Woods, the new superstar of the game at the time, with whom O'Meara had become good friends. In the same year he won the Cisco World Match Play Championship and he reached a career best of second in the Official World Golf Rankings. O'Meara is known for competing outside the United States more often than most leading American golfers, and has won tournaments in Europe, Asia, Australia and South America. A man with a genial demeanour, he is one of the most popular figures in international golf. In the new millennium his form took a downturn and he began to struggle with injuries, but in 2004 he won an official tour event for the first time since 1998, taking the Dubai Desert Classic title, which despite being played in the Middle East is a European Tour event. In 2007, O'Meara began play on the Champions Tour; he had many top-10 finishes in his first three seasons including several runner-up finishes, but no wins. In 2010, he broke through with a win in the Liberty Mutual Legends of Golf with Nick Price, followed by his first senior major victory in the Constellation Energy Senior Players Championship.