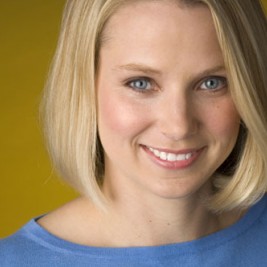 Businesses, Non-profit organizations, event planners and companies across the country have worked closely with our booking agents to hire Marissa Mayer for a speaking engagements, guest appearances, product endorsements and corporate events. Many of those same clients have continued to turn to our speakers bureau as we can easily align Marissa Mayer’s availability with their upcoming seminar, gala, annual conference, corporate function, and grand opening. Our close relationship with Marissa Mayer’s booking agent and management team further enables us to provide inquiring clients with Marissa Mayer’s speaking fee and appearance cost.

If your goal is to hire Marissa Mayer to be your next keynote speaker or to be the next brand ambassador our celebrity speakers bureau can assist. If Marissa Mayer’s booking fee is outside your companies budget or your unable to align with his appearance availability, our booking agents can provide you a list of talent that aligns with your event theme, budget and event date.

On July 16, 2012, Marissa Mayer was appointed President and CEO of Yahoo!, effective the following day. She is also a member of the company's board of directors. To simplify the bureaucratic process and "make the culture the best version of itself", Mayer launched a new online program called PB&J. It collects employee complaints, as well as their votes on problems in the office; if a problem generates at least 50 votes, online management automatically investigates the matter.In February 2013, Mayer oversaw a major personnel policy change at Yahoo! that required all remote-working employees to convert to in-office roles. Having worked from home toward the end of her pregnancy, Mayer returned to work after giving birth to a boy, and had a nursery built next to her office suite—Mayer was consequently criticized for the telecommuting ban. In April 2013, Mayer changed Yahoo!'s maternity leave policy, lengthening its time allowance and providing a cash bonus to parents. CNN noted this was in line with other Silicon Valley companies, such as Facebook and Google.On May 20, 2013, Mayer led Yahoo! to acquire Tumblr in a $1.1 billion acquisition. The acquisition was just one in a series of major purchases that have occurred since Mayer became the CEO of the company. In July 2013, Yahoo! reported a fall in revenues, but a rise in profits compared with the same period in the previous year. In September 2013, it was reported that the stock price of Yahoo! had doubled over the 14 months since Mayer's appointment. Mayer is also the former Vice President of Search Product and User Experience at the search engine company Google.