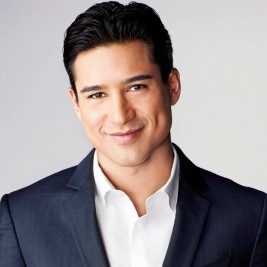 Businesses, Non-profit organizations, event planners and companies across the country have worked closely with our booking agents to hire Mario Lopez for a speaking engagements, guest appearances, product endorsements and corporate events. Many of those same clients have continued to turn to our speakers bureau as we can easily align Mario Lopez’s availability with their upcoming seminar, gala, annual conference, corporate function, and grand opening. Our close relationship with Mario Lopez’s booking agent and management team further enables us to provide inquiring clients with Mario Lopez’s speaking fee and appearance cost.

If your goal is to hire Mario Lopez to be your next keynote speaker or to be the next brand ambassador our celebrity speakers bureau can assist. If Mario Lopez’s booking fee is outside your companies budget or your unable to align with his appearance availability, our booking agents can provide you a list of talent that aligns with your event theme, budget and event date.

Mario Lopez, Jr. is an American television host and actor. Lopez has appeared on several television series, in films, and on Broadway. He is best known for his portrayal of A.C. Slater on Saved By The Bell, whom he also portrayed as a regular on Saved by the Bell: The College Years. He has appeared in numerous projects since, including the third season of Dancing with the Stars and as host for the syndicated entertainment news magazine show Extra. He has also hosted America's Best Dance Crew for MTV. In 2012, he co-hosted the second season of American version of The X Factor with Khloé Kardashian, and was the sole host for the third season.

Lopez has also published three non-fiction books. The first, Mario Lopez Knockout Fitness, was published in 2008 and written together with Jeff O'Connell. A cookbook, Extra Lean, with various recipes followed in early 2010 and became a New York Times bestseller. A third book, Extra Lean Family, was published in May 2012.He released a children's book entitled Mario and Baby Gia by Celebra Children’s Books, on September 27, 2011. The book is about Lopez and his infant daughter Gia